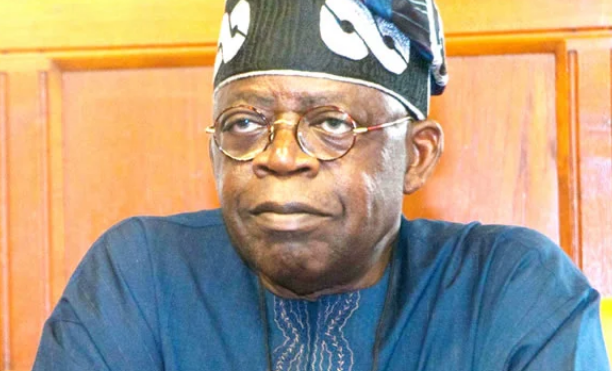 Academic qualifications: CSO writes IGP, wants Tinubu arrested within 48 hours: A group dedicated to the advancement of civil rights. It has issued the Inspector-General of the Nigerian police a 48-hour ultimatum to arrest and prosecute the All Progressives Congress presidential candidate, Bola Tinubu, for allegedly submitting bogus academic credentials to earn the nomination.

An order of mandamus was threatened against the IGP if he did not act to arrest Tinubu by the deadline’s expiration if the organization’s threats were not carried out.

At a news conference held on Saturday in Abuja, the CRPA’s Legal Adviser and human rights lawyer, Agu Kalu, threatened to use violence against the organization.

According to Tinubu Campaign Organization Director Babatunde Ogala (SAN), they are prepared to fight back against threats and allegations.
Ergo, he said, the APC’s presidential candidate has properly followed the Electoral Act’s requirements.

According to him, “There’s no need to respond to them because the Election Act is quite clear.” Let them go, bring the writ, we’ll take care of it. For whatever reason, some people on social media are threatening others in the media.

Kalu said that the former Lagos State governor was ineligible to be Nigeria’s next president in 2023 because he provided fraudulent information on oath in his form EC 9 filed to the Independent National Electoral Commission.

Bola Tinubu was accused by the legal practitioner of falsely claiming in 1999 that he went to school in Ibadan between 1958 and 1964 at the Saint Paul Aroloya Children’s Home School and the Government College between 1965 and 1969.

Tinubu’s 1999 INEC form CF001 included fraudulent information, and the IG received a petition requesting that he be prosecuted for it on June 16, “he stated.

In light of the IG’s failure to respond to the petition, we’re holding a news conference in which we’re urging him to do the right thing because he’s not exempt from the law, which states that anyone who provides false information under oath is guilty of a crime.

You May Like it :  Migration issues overshadowed Biden's trip to the 3 Amigos summit.

Tinubu should be arrested and prosecuted for perjury since it is a serious matter, we are urging President Buhari to do so.”

In the event that the IG and President Muhammadu Buhari fail to carry out their responsibilities, the group, along with other civic organizations, will seek judicial review and an order of mandamus to force the IG to do so.
He added that Tinubu had admitted to inconsistencies in his academic credentials when he delivered the Lagos State House of Assembly’s ad hoc report on the investigation in 1999.

It was in response to a petition made by the late Chief Gani Fawehinmi, a leading legal luminary and social activist, that Tinubu’s academic credentials were investigated in 1999, according to him (SAN).

Tinubu was a target of the CRPA’s appeal to the IGP for arrest and prosecution since June 16, according to him, but the police authority had not judged it fit to arrest him as of this writing.

Under the constitution, “no one is above the law,” said Kalu, who asked that the police carry out their constitutional duties without fear or prejudice.

Activists have called for the arrest and prosecution of the activist if he is proved to have made false accusations against Tinubu.

Nigeria’s attorney in Abuja indicated that his group’s position for the arrest of Tinubu was based on the necessity for good governance and transparent leadership in Nigeria’s 2023 general election, not on any political motives.

Tinubu’s verification forms submitted to INEC in 1999 and 2022 were included in the appeal presented to the IGP and acknowledged by his office.

How To Cast To Insignia TV