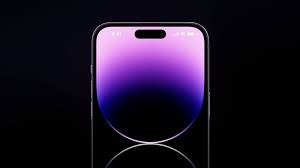 Apple unveils iPhone 14 Pro with Dynamic Island, Always-On Display, and more, Apple has just released the iPhone 14 Pro and iPhone 14 Pro Max, both of which boast a number of new features, including the “Dynamic Island” for bringing notifications and recent activity to the forefront, a brighter display with always-on functionality, the A16 Bionic chip, a more advanced camera system, new color options, and more.

New software integrations and a more compact TrueDepth camera array combine to create the “Dynamic Island,” available on the iPhone 14 Pro and iPhone 14 Pro Max. Maps, music, timers, Live Activities, battery life, Face ID, and more can all be displayed on the dynamic island, which changes shape and size in real-time to accommodate the information being displayed. It stays in an active state so that users can tap and hold to reach the settings menu.

Up to two times as brilliant as the iPhone 13 Pro’s display, the new Super Retina XDR display has a maximum brightness of 2,000 nits. Uniquely, it has always-on capabilities. The display may slow down to 1Hz, displaying the revised Lock Screen from iOS 16 at all times. This lets you see the clock, widgets, and Live Activities at a glance.

The A16 chip, with its 16 billion transistors, is Apple’s first semiconductor manufactured using a 4nm technology. Apple claims that the new 6-core CPU effortlessly handles demanding workloads thanks to its combination of two high-performance cores and four high-efficiency cores. The processor has a new 16-core Neural Engine and a faster 5-core GPU with double the memory bandwidth.

The iPhone 14 Pro’s pro camera system and computational photography technologies are powered by the A16 Bionic. Apple claims that the new camera hardware is supported by a CPU, GPU, Neural Engine, and image signal processor that can collectively do up to four trillion operations for each photo.

The A16 allows for the use of the Photonic Engine, which improves low-light performance across all of the device’s cameras by using Deep Fusion sooner in the imaging process, and which also enables Action Mode for smoother video stabilization. Both 24 and 30 frames per second of action mode may now be enjoyed in 4K.

A 48-megapixel Wide camera with a 65 percent bigger quad-pixel sensor and second-generation sensor-shift optical image stabilization can be found in the device’s rear camera system. Enhancing low-light capture and providing 12MP image sizes, the quad-pixel sensor combines every four pixels into one huge quad pixel equivalent to 2.44 m. There has been sensor optimization for ProRAW.

You May Like it :  A New Update How to Watch Daily Wire on the Samsung TV

In addition to the 3x from the genuine Telephoto camera, the 48-megapixel Wide camera also provides a new 2x telephoto perspective and is capable of recording 4K video without digital zoom. There have also been enhancements made to the Ultra Wide camera. The new adaptive back flash uses nine LEDs to provide twice as much light with improved uniformity by a factor of three.

The new dual-core accelerometer in the iPhone 14 Pro has Crash Detection and Emergency SOS that relies on satellite connectivity, while the front-facing camera has a /1.9 aperture and autofocus. Users who are in areas with no cell service can still contact emergency services via text message thanks to Emergency SOS via satellite. When there is no cellular or Wi-Fi signal, users can manually communicate their location via satellite with Find My.

The iPhone 14 Pro maintains its “all-day battery life.” The newest gadgets come in a wider range of colors than just silver and gold, with Space Black and Deep Purple now being available. For U.S. models of the iPhone 14 Pro and iPhone 14 Pro Max, the SIM tray has been removed, leaving only eSIM as an option.

The starting prices for the iPhone 14 Pro and 14 Pro Max remain at $999 and $1,099, respectively. The 9th of September is the first day for preorders, while the 16th is the first day of general release.