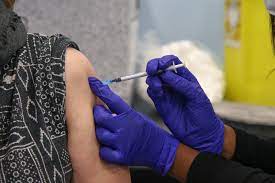 BioNTech plans UK cancer vaccine trials in September. After campaigners warned that any breakthrough must remain affordable and accessible, the U.K. government announced a partnership with German firm BioNTech on Friday to test potential vaccines for cancer and other diseases.

Trials of personalized mRNA therapies, such as cancer vaccines, which aim to stimulate the immune system to attack harmful cells, will be made available to patients with cancer in England ahead of schedule.

They will be given to patients in the early and advanced stages of the disease and focus on killing cancer cells and stopping their spread.

From September 2023 until the end of the decade, BioNTech plans to deliver 10,000 therapies to patients. To achieve this goal, the company will establish new research and development centers in the United Kingdom, with a lab in Cambridge and headquarters in London.

Read more: Most People Got Long COVID-19 From Mild Cases.

Together with the American pharmaceutical giant Pfizer, the company created one of the most widely used vaccines against Covid-19. According to CEO Ugur Sahin, the company is applying lessons learned from the coronavirus pandemic regarding the importance of teamwork between the British National Health Service, academics, regulators, and the private sector in developing drugs.

By applying the technologies they’ve been developing for over 20 years, “our goal is to accelerate the development of immunotherapies and vaccines,” he said. Multiple forms of cancer and infectious diseases, which affect hundreds of millions of people worldwide, will be included in the collaboration.

In an interview with CNBC, the government confirmed that the investment announced was private but that a new Cancer Vaccine Launch Pad would support it, paid for by the NHS.

Numerous other mRNA cancer vaccines are also in clinical trials, including a product of a partnership between the American companies Moderna and Merck.

Global Justice Now activist Tim Bierley from the United Kingdom claimed that pharmaceutical companies have a “terrible record of price gouging on new medicines, even where public money has played a key role in bringing them to market.”

He argued that the government was morally obliged to require BioNTech to make the potentially life-saving vaccine affordable to all.

Policy co-lead for the People’s Vaccine Alliance (an international coalition of health organizations, economists, and activists) Mohga Kamal-Yanni said the trial’s positive results “belong to the people” because of the large amount of public funding that went into it.

You May Like it :  The monkeypox-infected dog is quarantined

Kamal-Yanni has called on the British government to explain how it plans to ensure developing nations can access and afford any future medical breakthroughs.

An official told CNBC that it was too soon to discuss distribution and pricing, but the government did point out its track record of giving away free Covid-19 vaccines.

The breathing tube is taken out of Damar Hamlin and he FaceTimes with Bills.

A Quick Guide How do you bill insurance for speech therapy