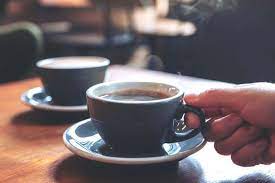 BP high? A new study suggests drinking too much coffee may increase death risk. Many studies have demonstrated coffee’s positive effects, but a recent study indicates that those with extremely high blood pressure should limit their coffee consumption to just one cup per day.

According to a study published in the prestigious Journal of the American Heart Association on Wednesday, two or more cups of coffee a day may double the risk of death from a heart attack, stroke, and other cardiovascular diseases in people with hypertension.

Read more: Striking Nurses In Bristol Cross A Picket Line To Assist A Man Who Has Collapsed Outside The BRI.

However, a single cup of coffee or green tea per day did not have the same effect.

Throughout the Japan Collaborative Cohort Study for Evaluation of Cancer Risk, researchers observed over 18,000 individuals, including 12,035 females and 6,574 males, to reach their conclusion. Participants ages ranged from 40 to 79 when they enrolled in the program between 1988 and 1990, and their health was monitored through 2009. Over the nearly 20 years of observation, participants also reported how much coffee and tea they drank.

Researchers used five categories to classify blood pressure levels, considering that the American Heart Association and the American College of Cardiology consider a reading of at least 130 over 80 to be high. The names of the people involved were:

Ideal and healthy blood pressure is below 130/85.

Blood pressure readings between 140 and 159 over 90 and 99 indicate grade 1 hypertension.

With readings of 180 over 110, you have hypertension of the third degree.

Findings from this study showed that coffee had no significant effects on people whose blood pressure was already within the normal range.

To the best of our knowledge, this is the first study to find a positive association between high coffee intake and CVD mortality in people with severe hypertension.

Researchers found that even after just one cup of coffee or green tea, the risk of death wasn’t significantly higher for those with hypertension in grades 2 and 3. Polyphenols, micronutrients in green tea with antioxidant and anti-inflammatory properties, may be a factor, even though both beverages contain caffeine, according to researchers.

You May Like it :  $10 million settlement for healthcare workers fired over vaccine mandate

Researchers concluded that more studies are needed to confirm the effects of coffee on people with high blood pressure. Still, they advised people with hypertension to reduce their daily coffee consumption.

Dr. Hiroyasu Iso, the study’s senior author, said in a press release that the results “may support the assertion that people with severe high blood pressure should avoid drinking excessive coffee.”