California Storm Updates: Orders for Evacuations as Risks of Mudslides and Floods Increase 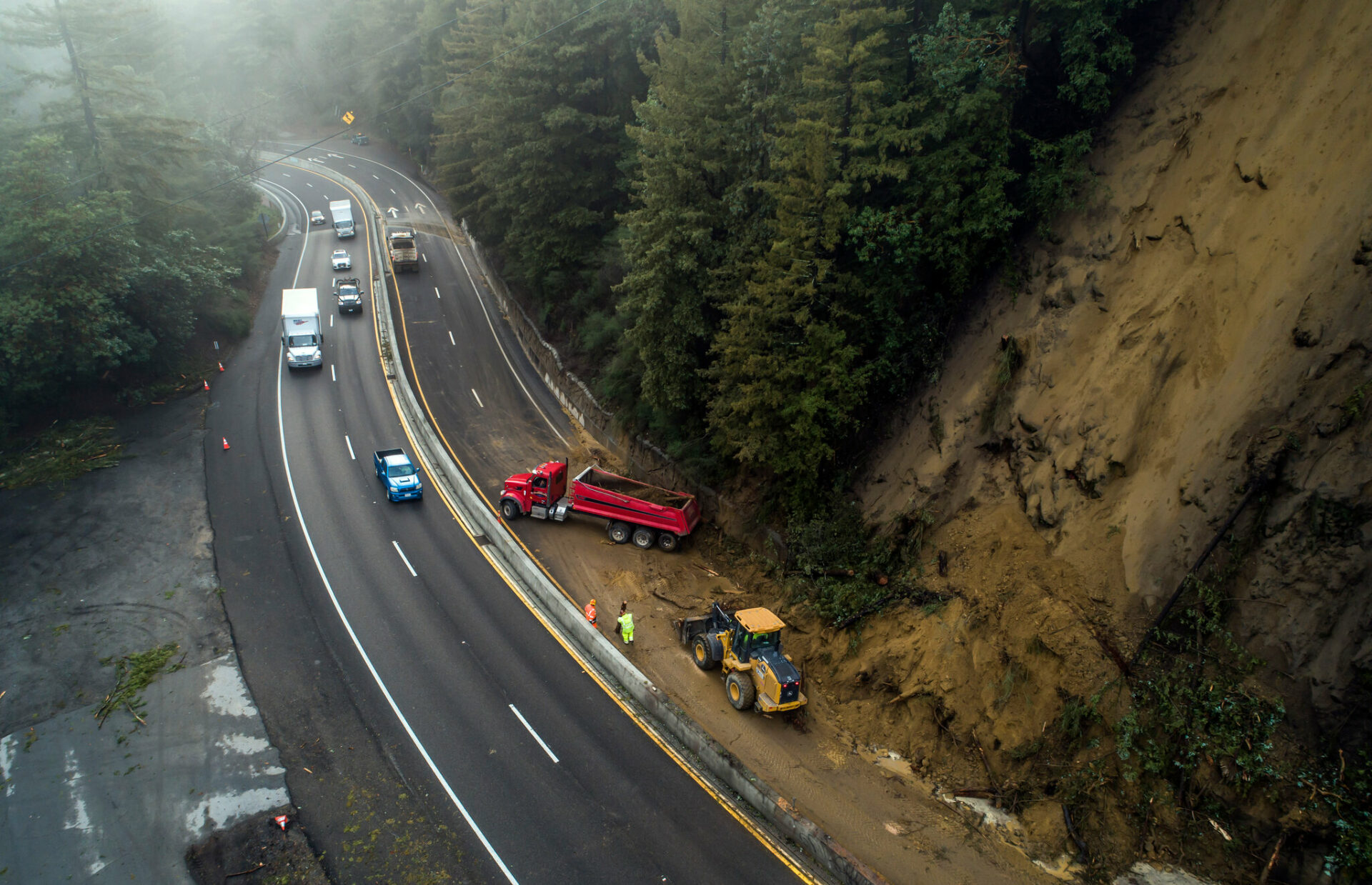 California Storm Updates: Orders for Evacuations as Risks of Mudslides and Floods Increase; California officials issued evacuation orders for a high-risk coastal area where mudslides killed 23 people in 2018 as a significant storm barreled into the state on Wednesday, knocking out electricity and threatening to flood streets.

A state of emergency has been declared by Governor Gavin Newsom just days after another destructive storm hit California. Approximately 19,000 residents along the Central Coast and over 76,000 in the San Francisco Bay Area are without electricity due to the new storm. Schools around San Francisco’s area canceled classes on Thursday in preparation for the storm that grounded many planes.

The entire state of California’s Northern region was warned to stay off the roadways.

According to Nancy Ward, the new head of the Governor’s Office of Emergency Services, this storm season could be one of the most challenging and impactful in California in the previous five years.

Drought-stricken California has been slammed by its third “atmospheric river storm” in a week, and Wednesday evening brought howling winds to Northern California.

Storms were forecast to get a worse overnight in Southern California, with the heaviest precipitation hitting Santa Barbara and Ventura counties.

As a result of the potential for widespread flooding and debris flows tonight, the first evacuation orders have been given to residents of areas in Santa Barbara County that were hit by three recent wildfires. Susan Klein-Rothschild, who works at the county’s emergency operations center, did not have a precise number, but she did claim that hundreds of people had been told to leave.

The village was evacuated, and 23 people were killed five years ago as giant rocks, mud, and debris poured down hillsides through Montecito and the shoreline. Several well-known people live in this city, including Oprah Winfrey, Prince Harry, and his wife, Meghan.

We’re talking about a lot of water coming over the top of the hills and flowing down into the creeks and streams. As it does so, it gathers momentum, and that’s the initial hazard,” said Chief Kevin Taylor of the Montecito Fire Department.

The 45-mile (72-kilometer) stretch of Highway 1, which runs along the coast and into Big Sur, was closed on Wednesday evening owing to the risk of flooding and rock slides. Further north, a 40-kilometer (25-mile) section of Highway 101 was closed due to downed trees.

Officials have asked drivers to stay off the roads unless necessary and to sign up for emergency alerts to stay updated on the condition of infrastructure like roads, electricity lines, and water supplies.

You May Like it :  Secretively launches reusable suborbital transportation system

The hills have been wet for the past month, and the storm was expected to bring another 10 inches (25.4 centimeters) of rain.

Even though the drought is nearing its fourth year in the state, there will not be enough rain to end it. According to the US Drought Monitor, the bulk of California is amidst a severe to exceptional drought. The state’s major reservoirs are so low that authorities say they can easily accept the additional rainfall.

However, trees have been under stress for years due to a lack of rainfall. Many trees have fallen due to the high winds and rapid ground saturation. The state’s director of water resources, Karla Nemeth, expressed concern that this could cause widespread power outages and flood risks.

She stated at the emergency briefing that we are in the middle of a flood calamity and a drought situation.

After heavy rains on New Year’s Eve led to the evacuation of residents from many small towns in rural Northern California and the rescue of stranded cars, the incoming storm has caused widespread damage. A handful of levees south of Sacramento were breached. On Wednesday, one of at least four individuals killed in storm-related flooding in south Sacramento County was found in a submerged vehicle.

On Wednesday night, nine Northern California counties were under flood watch or advisories.

Locations near the Pajaro River and the San Lorenzo River, which drain into the Pacific Ocean, were also ordered to evacuate, as was Paradise Park in Santa Cruz County, which lies along the banks of the swiftly moving San Lorenzo River. Locals in Boulder Creek, Ben Lomond, and Felton in the Santa Cruz Mountains were warned to pack up and depart in 2020 because of the risk of wildfires.

The projections predicted flooding, but officials only had 8,500 sandbags.

Robert O’Neill, an insurance broker who works and lives just south of San Francisco, said he stood in line to purchase sandbags to fortify his garage and that of a coworker.

He also mentioned that many employees took advantage of his policy of allowing them to work from home on Wednesday as Town & Country Insurance Services president. With food, water, and emergency supplies like extra clothes, medication, and chargers stashed away in his home, he planned to leave the office and return there quietly.

He mused, “We’re in a big city so we wouldn’t be stranded too long, but you never know.”

You May Like it :  Dozens of people have died from cardiac arrest in South Korean Halloween crowds.

Like in the rest of the United States, storms were wreaking havoc here. This week, a plane skidded off an icy taxiway after landing in Minneapolis, and schools in Minnesota and western Wisconsin were closed because of the snow. No injuries were reported by passengers, per a statement sent by Delta.

Montgomery, Alabama, was hit by what may have been a tornado early on Wednesday morning, causing structural damage to homes, downing trees, and even tipping over a vehicle.

At least six tornados swept through the state, the most in January for Illinois since 1989, and the Chicago office of the National Weather Service was planned to undertake storm damage assessments on Wednesday.

5 Easy Step How to reset OnStar

In response to the crash of the cryptocurrency market Coinbase has laid off 20% of its global staff.