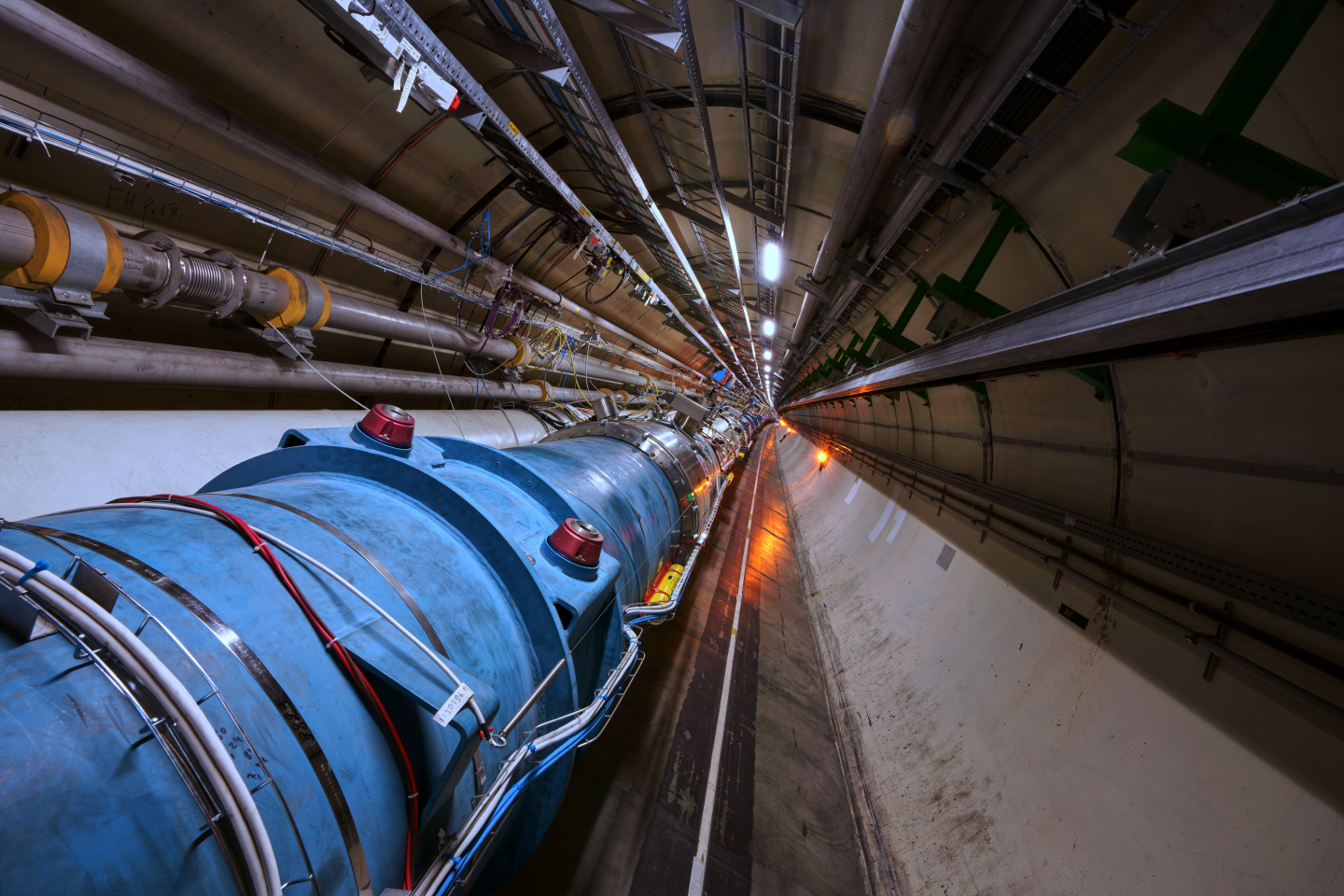 Conspiracy Theorists Think The Large Hadron Collider Transferred Us Into A Parallel Universe Yesterday: On Tuesday, the largest particle accelerator in the world was powered back up and ready for operation. Following a period of three years during which it was upgraded and maintained, it promptly observed, for the first time, three unusual particles.

The Large Hadron Collider (LHC) is currently operational and has already set a new standard for the greatest energy particle collisions ever carried out. The fact that the teams involved are looking for further information on the so-called “god particle,” the Higgs Boson, as well as evidence of dark matter, makes the whole thing pretty fascinating.

However, there are some people who believe that the collider would open a doorway to hell and/or a parallel dimension from which there is no way back. This is something that conspiracy theorists worry will happen.

Conspiracy theories have always surrounded CERN, ranging from the institution’s purported role in the production of black holes to the alleged practice of human sacrifices on the premises. As the theories this year have all concentrated around the opening of a doorway to another dimension, it would appear that the conspiracy theorists of this year have been watching a bit too much of the film Doctor Strange and the Multiverse of Madness.

Another person said, “I’ve looked into this, and you should look for 10 times more Mandela effects since in 2012 they did a record voltage level that generated these Mandela effects, and whatever gateway they’re opening, they shouldn’t.”

Let’s take this conspiracy theory seriously for a little while, despite the fact that it’s rather ridiculous to assume that you’ll be able to prevent being dragged into a parallel realm formed by the “machine thingy” by vibing, but let’s do that anyway.

If you want to be generous, you could speculate that the ideas of alternate dimensions are founded on the concept that the LHC may, in principle, detect evidence for additional dimensions.

“How are we going to test for additional dimensions? CERN notes on their website that one possibility would be to “discover evidence of particles that can exist only if extra dimensions are real.” This would be an option.

You May Like it :  Over 70% of the English water industry is owned by foreigners, it has been revealed.

If the CMS or ATLAS experiments were to discover a Z- or W-like particle with a mass that was, for example, one hundred times greater, this may indicate the existence of extra dimensions. Z and W bosons are the carriers of the electroweak force. Only at the extremely high energies that can be produced by the Large Hadron Collider (LHC) can such massive particles be made visible.

The Large Hadron Collider (LHC) is a particle accelerator that has the potential to create exceedingly fleeting and relatively diminutive black holes. The discovery of these tiny black holes at the microscopic scale may provide clues about the possibility of more dimensions. However, they are not anything that can consume the earth, and in roughly 10–27 seconds they would disintegrate into themselves.

The European Organization for Nuclear Research (CERN) explains that “speculations regarding minuscule black holes at the LHC pertain to particles created in the collisions of pairs of protons,” each of which has an energy similar to that of a flying mosquito.

“Astronomical black holes are significantly heavier than anything that might be created at the LHC,” according to the statement.

Your question, “So, how did those who believe in conspiracies react when the LHC was turned on and we did not switch dimensions?” They moved the goalposts at a rate that was comparable to that of a proton being accelerated in a particle accelerator.

“The agenda of the CERN Hadron Collider is being taken by a lot of people to be less serious than it actually is. One commenter wrote that it’s not like beings will suddenly appear from a gateway and start slaughtering everyone. “That is not how Satanic rituals are supposed to operate. The events of yesterday will continue to have repercussions throughout the course of the next few months.

They had previously tweeted that “the gates of ‘hell’ will be unlocked in eight hours. Your family and you are in danger from extradimensional reptile beings that are on their way. This is not a practice session.”