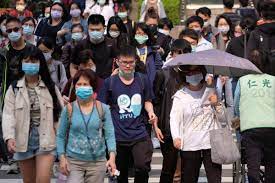 Declining Chinese Birthrate Signals Impending Population Disaster, After years of a steadily decreasing birth rate, China’s population has begun to dwindle, a trend that experts predict will be permanent.

The government said on Tuesday that there would be 9.56 million births and 10.41 million deaths in China in 2022. Since the Great Leap Forward, Mao Zedong’s disastrous economic experiment that caused widespread starvation and death in the early 1960s, this was the first time deaths had exceeded births in China.

For the sixth year, the number of births has decreased from 10.6 million in 2021. This reduction, along with a steady increase in life expectancy, is putting China on the brink of a demographic crisis, which experts warn will have far-reaching ramifications not just for China and its economy but for the global economy as a whole in this century.

Wang Feng, a sociologist at the University of California, Irvine, who focuses on China’s demographics, said, “in the long run, we are going to see a China the world has never seen.”

There won’t be any more of the young, rising population. China’s aging and decreasing population are something we can learn to respect.

This comes at a difficult time for the Beijing administration, which is still reeling from its stunning U-turn on its zero-tolerance attitude toward COVID-19 last month.

China has become an economic superpower and the world’s manufacturing floor in the past four decades. Because of this shift, life expectancy increased, contributing to the country’s current demographic crisis of an aging population and a declining birthrate. Nearly a third of China’s population, or 400 million individuals, will be 60 or older by 2035.

The rapid economic development that has made China a worldwide economic powerhouse is threatened by this tendency since there won’t be more working-age people to maintain the current expansion rate. There will be less money for taxes and fewer people paying into a pension system already under severe strain because of a lack of workers.

According to a recent projection by the United Nations, India’s population is expected to surpass China’s this year, a development that some analysts have warned could have ramifications for the world order.

No one was surprised by this turn of events. Authorities in China acknowledged last year that a population decrease was imminent, likely to begin around 2025. However, it occurred faster than predicted by demographers, statisticians, and the Communist Party in China.

The government has taken measures to reverse the declining birth rate. The 35-year limit was lifted in 2016, allowing couples to start having two children. Limits were increased to three in 2021. Beijing has provided financial incentives, tax breaks, and property concessions to couples and small families.

You May Like it :  She smeared blood on herself and played dead: 11-year-old reveals chilling details of the massacre

Chinese President Xi Jinping has made increasing birth rates a primary goal, calling for “a national policy mechanism to enhance birthrates.” Nonetheless, analysts have stated that the declining birth rates in China suggest an unstoppable trend.

China’s fertility rate is below the fertility replacement rate needed for a population to increase, putting it in the company of Japan and South Korea as countries with among the world’s lowest birth rates. To reach that number, assume that every couple has an average of two children.

The steps taken by the government have kept the fact that many young Chinese people just do not want children. They frequently cite the rising cost of raising them, especially in light of the uncertain economic climate.

Beijing-based photojournalist Rachel Zhang, 33, and her husband decided to forego having children before they even tied the knot. Family members of a certain age can be persistent when they want them to have a child.

Zhang emphasized, “I am firm about this.” To put it simply, “I’ve never wanted kids.” She is more determined than ever because of the escalating costs of having a child and the difficulty of renting in a desirable area with outstanding schools.

People are reluctant to have more children because many young individuals are responsible for caring for their elderly relatives.

Some families in China may have decided against having children due to the country’s draconian “zero COVID” policy, which involved nearly three years of mass testing, quarantines, and lockdowns.

The parents of 28-year-old Luna Zhu and her husband are happy to look after their grandchildren. And her employer, a government-run firm, has a generous maternity leave policy. Zhu, however, is uninterested because she got married five years ago.

Zhu remarked, “I feel that many things are tough, especially in the previous three years of the pandemic.”

Easy methods How to remove shows from continue watching on peacock

Elon Musk’s 2018 proposal to privatise Tesla will be tried in court.