Diabetes in children and youth will rise substantially. Preventable? 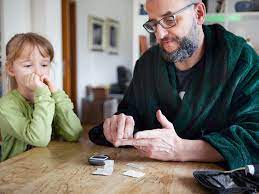 Diabetes in children and youth will rise substantially. Preventable? Experts say the predicted substantial increase in youth diabetes over the next several decades should serve as a wake-up call to improve the health of America’s youngsters.

A new study from the Centers for Disease Control and Prevention (CDC) suggests that by 2060, as many as 220,000 children and young adults will have Type 2 diabetes, an increase of roughly 700% from today’s rates. The most frequent kind of diabetes in young people is Type 1, and they may notice a 65% increase in their risk.

The results suggest that if current rates persist along with population growth, almost half a million young individuals may have diabetes by 2060. This figure was 213,000 in 2017, as reported in Diabetes Care by the American Diabetes Association.

Read more: More Than Half Of Ohio’s 82 Measles Cases Are Unvaccinated Newborns And Toddlers.

Experts agree that these numbers are cause for alarm and should prompt swift action to improve young people’s health in the United States, particularly with a focus on reducing obesity rates.

As one pediatric endocrinologist at Wayne State University put it, “it’s quite worrisome that we have not made any progress in minimizing this risk of type 2 diabetes in children truly,” even though obesity and type 2 diabetes are linked.

The rise of diabetes among young people and its causes.

Predicted population growth over the next four decades is projected to enhance the already “significant widening of gaps among race and ethnicity groups” in the prevalence of Type 2 diabetes.

The scientists suggest that other factors could be at play, including the epidemic of childhood obesity. The risk of diabetes in offspring increases when the mother has the disease.

The expected differences are “extremely frightening,” according to Dr. Luohua Jiang, a diabetes researcher at the University of California, Irvine.

To “flatten the curve” for the rapidly increasing number of youth with diabetes among underserved/minority populations, it will be crucial to educate American youth about healthy lifestyles and potential strategies to prevent diabetes in their early lives, as Jiang put it.

What’s the difference between Type 1 and Type 2 diabetes?

Due to a lack of insulin production by the pancreas, type 1 diabetes is a long-term illness that typically manifests in childhood. Chronic inactivity and poor diet are major contributors to type 2 diabetes.

How many children have obesity and diabetes right now?

The most recent data from the CDC estimates that 283,000 children and adolescents under the age of 20 have been diagnosed with diabetes, with the vast majority, or 244,000, having Type 1 diabetes.

You May Like it :  Team-by-team injury guide for the World Cup of 2022

The prevalence of Type 2 diabetes among young people has been rising, according to studies.

Around 14.7 million children and adolescents were obese between 2017 and 2020, or close to 20%. Hispanic and Black youngsters saw disproportionate rates of obesity.

Thank you King: Brazil turns on its lights to honor Pelé