Elon Musk has taken over Twitter and fired the company’s top executives. 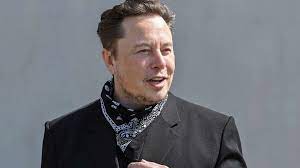 Elon Musk has taken over Twitter and fired the company’s top executives. According to a source familiar with the transaction, Elon Musk has completed his $44 billion purchase of Twitter, putting the world’s richest man in charge of one of the world’s most influential social media platforms.

According to two people familiar with the decision, Musk fired CEO Parag Agrawal and two other executives. Twitter did not respond.

The completion of the transaction lifts a cloud of uncertainty that had hung over Twitter’s business, employees, and shareholders for much of the year. Musk spent months attempting to back out of the deal after initially agreeing to buy the company in April, citing concerns about the number of bots on the platform and later allegations raised by a company whistleblower.

Musk appeared to acknowledge the takeover in a Thursday night tweet, saying, “the bird is freed.”

Musk and Twitter avoided a trial that was scheduled earlier this month by completing the agreement. But Musk’s takeover, as well as the immediate firings of some of the company’s top executives, has raised a slew of new questions about the social media platform’s future and the many aspects of society it affects.

According to the two sources, Musk fired CFO Ned Segal and policy head Vijaya Gadde on Thursday, in addition to Agrawal. According to a source, Musk also fired Twitter’s general counsel, Sean Edgett.

Musk has stated that he intends to rethink Twitter’s content moderation policies in order to promote a more maximalist view of “free speech.” The billionaire has also stated his opposition to Twitter’s practice of permanently banning users who repeatedly violate its rules, raising the possibility that a number of previously banned, controversial users will reappear on the platform.

Many will be watching to see how soon Musk will allow former President Donald Trump to return to the platform, as he has previously stated. Depending on the timing, such a move could have significant implications for the upcoming US midterm elections as well as the Presidential campaign in 2024.

A deal that went off the rails

Even for Twitter, a company known for its chaotic history, the months-long deal process with Musk was tumultuous.

Musk, a well-known and controversial Twitter user, became involved with the company earlier this year, amassing a stake of more than 9% in its stock. Musk accepted and then declined an offer to join Twitter’s board of directors after announcing that he had become the company’s largest shareholder.

Musk then offered to buy Twitter outright at a significant premium, threatened a hostile takeover, and agreed to a “seller-friendly” deal that waived due diligence.

You May Like it :  Find out great offers on Amazon on Republic day

With the deal drama out of the way, all eyes are on Musk’s plans for Twitter.

In addition to the removal of Twitter’s CEO and other executives, Musk’s takeover may result in the return of some influence over the company by founder Jack Dorsey, who stepped down as CEO in November and left its board in May. While Dorsey has stated that he will not return to Twitter formally, he has privately discussed the takeover with Musk and provided advice.

Musk has also reportedly told prospective investors in the deal that he intends to lay off nearly 75% of the company’s employees, which could disrupt every aspect of how Twitter operates. In personal text messages with friends about the deal, which were revealed in court filings, he discussed dramatically reducing Twitter’s workforce, and he didn’t dismiss the possibility of layoffs in a call with Twitter employees in June.

The government wants to increase tax collection by taxing every Kenyan who has an ID card.