I have always wanted to be a tree says a human composter. 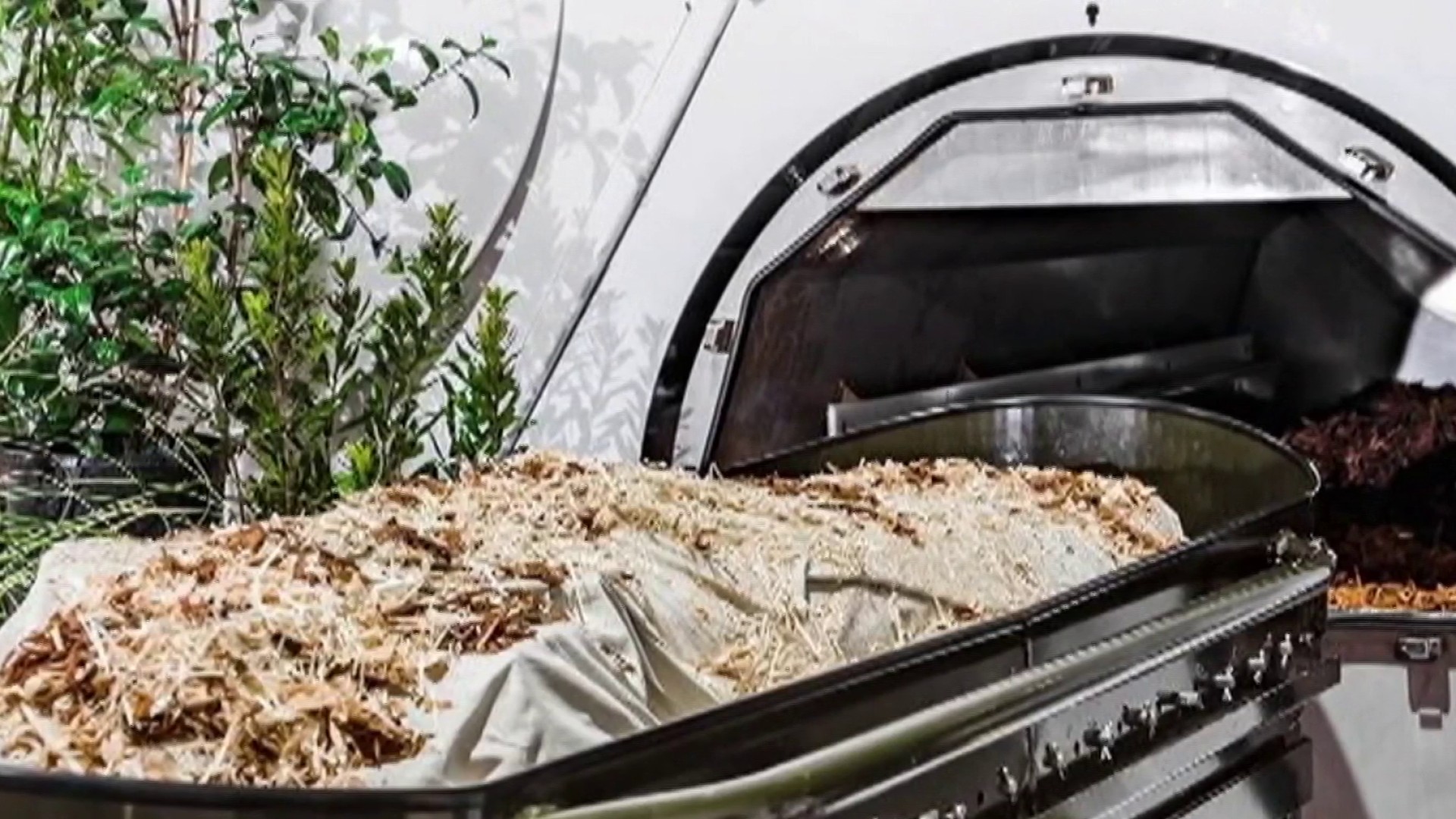 I have always wanted to be a tree says a human composter. There will be no need for an urn or a casket because California will soon offer a novel way to be laid to rest — in a steel tank surrounded by wood chips and destined to become compost that will fertilize new life.

California Gov. Gavin Newsom signed legislation this month requiring state regulators to develop a program permitting “natural organic reduction” by 2027. It will be the seventh state to enact legislation allowing what providers commonly refer to as “human composting” or “terramation.”

It takes around two months to complete the process, which is effectively the controlled decomposition of a human body by a funeral service provider. Processing a person’s ashes yields 1-2 cubic yards of compost, which is nearly enough to fill the bed of a pickup truck and can be utilized in gardening or conservation initiatives.

The California law is the most recent example of how human composting is gaining political traction and pushing some people to reconsider death rituals and the environmental implications of what may be their final decision on Earth.

Proponents argue that the environmental benefits of human composting — which takes little to no material, fossil fuel, or space — provide a strong argument for some to forego cremation or a casket funeral.

State Rep. Cristina Garcia, the California Democrat who introduced the proposal, praised those benefits while also stating that the legislation arose from her meditations on mortality while caring for her sick parents, as well as her desire to be returned to the Earth when she dies.

Garcia stated, “I’ve always wanted to be a tree.” “The thought of my family sitting under my shade one day provides me a lot of delight.”

Garcia sponsored human composting legislation in California three times before it was passed. With its passage, roughly one-fifth of all Americans now live in places where the process is legal or soon will be.

The initiative was inspired by Washington state, where lawmakers became the first in the United States to legalize human composting in 2019 and where a budding business is flourishing. According to Rob Goff, executive director of the Washington State Funeral Directors Association, four Washington state funeral homes are now licensed to do a natural organic reduction.

According to California legislation, regulators from the state’s Cemetery and Funeral Bureau will have until 2027 to develop laws for a human composting program.

Nina Schoen, a 51-year-old Seattle resident, is paying to Recompose monthly and has already surveyed family members to see who would be interested in getting her compost when the time comes.

You May Like it :  A close-up of Jupiter's moon Io which is covered in hundreds of volcanoes

“While celebrating everyone’s choice, I could never envision being embalmed in a casket and buried in a grave where I would have a place on Earth dedicated to me for the rest of my life.” “That doesn’t feel right,” Schoen stated.

Recompose employs 27 people and is located near downtown. In Denver, Seattle is constructing a new facility. According to founder and CEO Katrina Spade, the company intends to expand to California in the next years.

“Climate change, the state of the earth, the pain we feel about it,” Spade added, “is making people more sensitive to their end of life, their impact on the planet.” “The next cremation could be human composting.” It would have a huge impact if we could truly be the default.”

The starting pricing for Recompose is $7,000. Return Home, another Seattle-area firm, charges $5,000.

According to Jeff Jorgenson of Elemental Cremation & Burial in Washington, funeral costs vary greatly by area. He believed that the starting price for cremation is roughly $800. Alkaline hydrolysis, a procedure that breaks down the body using water, chemicals, and heat, costs around $1,500. Casket burials are more costly.

Nala Ray Net Worth: How Rich is the Social Media Star Actually?