In a volatile trading year oil is on track to make a profit. 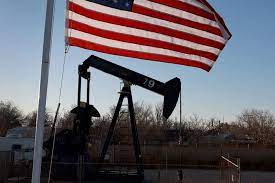 In a volatile trading year oil is on track to make a profit. On Friday, the final trading day of 2022, oil futures increased, putting them on track for a yearly increase in a year in which investors weighed supply fears caused by Russia’s invasion of Ukraine against a fragile global demand forecast.

Read more: Southwest Has Announced That It Will Resume Normal Operations On Friday.

The Forces That Move the Market

By Thursday’s close, trading in front-month contracts indicated that WTI would increase by 4.2% in 2022 and Brent would increase by 5.8%. Both grades were expected to conclude the year up from their respective January lows but still considerably below their March highs, which were reached after Russia invaded Ukraine in late February. Beginning in early March, WTI prices soared above $130 per barrel, a level not seen in nearly 14 years, while Brent crude hovered above $140.

On February 23, on the eve of Russia’s invasion of Ukraine, WTI was trading at $92.10 a barrel, and it was expected to finish the year significantly lower than that. At $94.05 a barrel, Brent is down from its closing price before the invasion.

In the year’s second half, crude prices dropped because investors worried that the Federal Reserve and other major central banks would tighten monetary policy too aggressively, causing a worldwide economic slowdown. An uptick in COVID infections in China has dampened hopes that the country may ease its COVID restrictions, which had been a drag on oil demand.

Oil prices jumped after Russia began attacking Ukraine. Many people assumed that it would increase to around $200 per barrel. Praise be to God. However, that wasn’t the case. Ipek Ozkardeskaya, an analyst at Swissquote Bank, wrote in a note that the bank was planning for the year to end “below $80pb” because of the impact that economic worries had on optimistic bets.

Thank you King: Brazil turns on its lights to honor Pelé