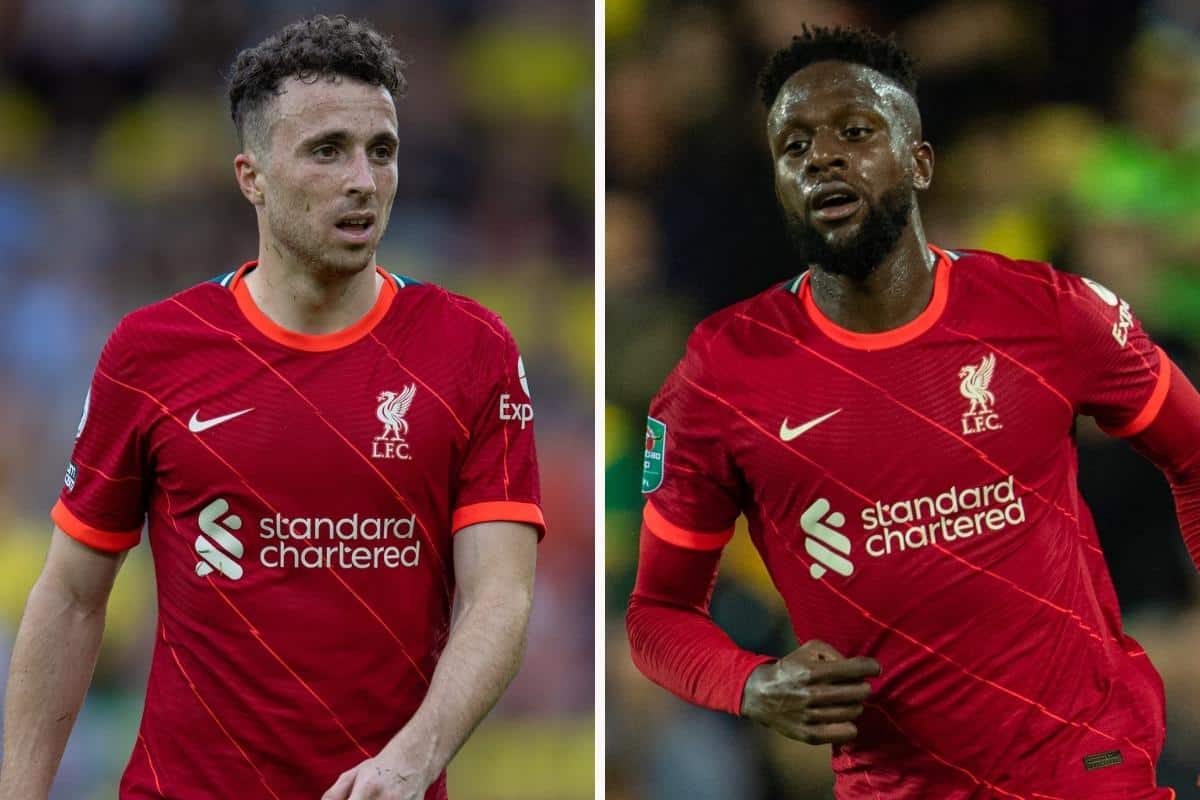 Jürgen Klopp updated Diogo Jota and three other injured Liverpool players this week. At the practice that took place on Monday afternoon at the AXA Training Centre in preparation for the match that would take place the following week between the Reds and Newcastle United, Curtis Jones, and Joel Matip were seen taking part.

The encouraging news is that Jota, Thiago Alcantara, Caoimhin Kelleher, and Calvin Ramsay are all continuing to make progress toward a full recovery from the injuries they sustained.

During a press conference that took place on Tuesday, Jurgen Klopp said, “I think Diogo can train to start on Thursday and Thiago I think slightly later, so we will see.” Thiago was referring to when he will be able to begin playing for the team.

You May Like it :  More than half of Ohio's 82 measles cases are unvaccinated newborns and toddlers.
31
Share