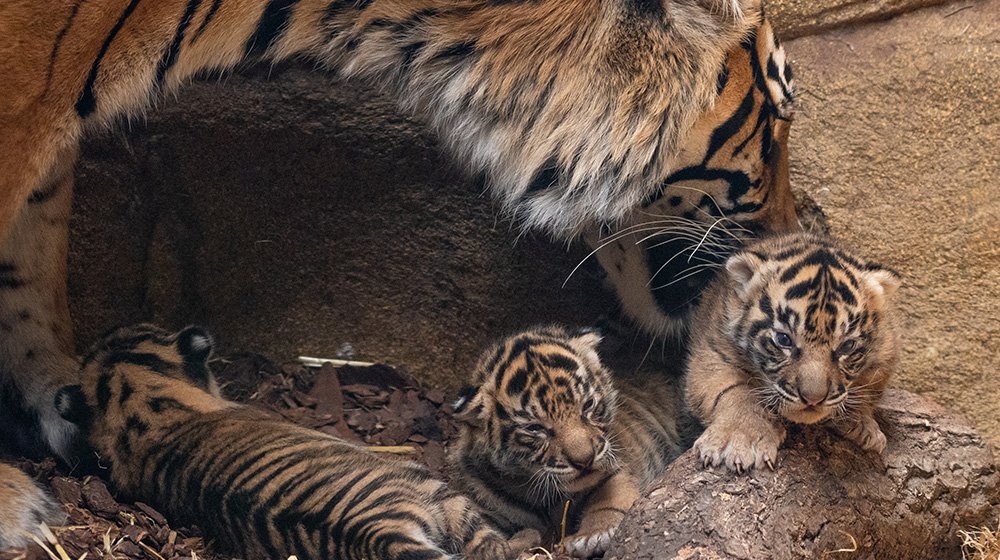 The beautiful trio can be seen playing in straw and being looked after by their mother, Gaysha, who is 10 years old, inside the tiger enclosure.

The cubs spent the first few weeks of their lives inside the cubbing cave before Gaysha decided to take them outside because of the mild weather.

As part of their early growth stages, the extremely endangered cubs that were born at the London Zoo in June have just begun to open their eyes.

Zookeepers will be able to identify the cubs’ sexes after three months, at which point they will be given names.

The cubs already exhibit good indicators. The staff said that they started eating and moving around “nearly immediately.”

According to London Zoo, their father Asim has also been making gentle approaches to the cubs and getting to know his new family.

The Sumatran tiger is now considered to be severely endangered. Its natural habitat is the woods and jungles of Sumatra, Indonesia.

Poaching, habitat degradation, and human conflict are dangers to them.

The Sumatran tiger faces a very serious threat of extinction over the next ten years, according to London Zoo. “Should their numbers continue to drop at this rate,” the zoo stated.

What companies are in the capital goods field?

More Americans who want abortions are turning to Mexico for help