Melting the Greenland ice cap will cause a major sea-level rise. 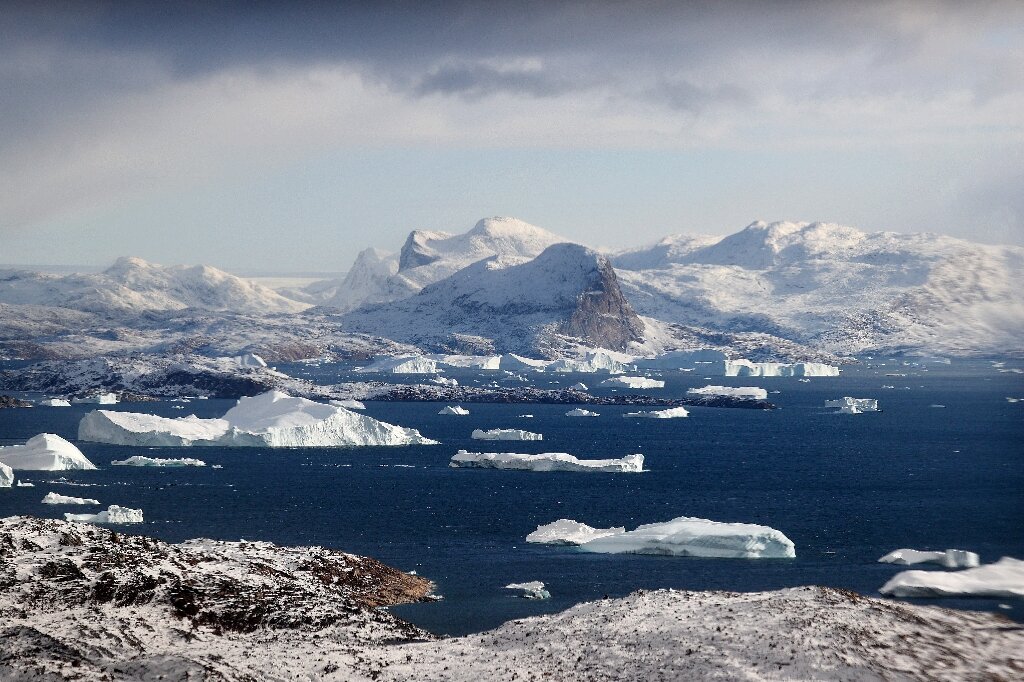 Melting the Greenland ice cap will cause a major sea-level rise. Scientists have come to the conclusion that a significant increase in sea level as a result of Greenland’s ice cover melting is now unavoidable. This is the case even if the burning of fossil fuels, which is the primary driver of the climate problem, were to be stopped overnight.

According to the findings of the research, the warming of the planet to this point will result in an absolute minimum rise in sea level of 27 centimeters (10.6 inches) from Greenland alone due to the melting of 110 trillion tonnes of ice. The ongoing output of carbon dioxide into the atmosphere, the melting of additional ice caps, and the thermal expansion of the ocean all point to the likelihood of a rise in sea level of many meters.

The fact that billions of people call coastal areas home means that flooding caused by increasing sea levels will be one of the most significant long-term effects of the climate issue. The ice cap is expected to contribute a “staggering” 78 centimeters to the rise in sea level, according to the experts, if the record melt year of 2012 in Greenland turns into a normal occurrence later on in this century, as is likely.

In previous research, computer models of ice cap behavior have been used to anticipate future losses; however, the physical processes involved are complicated, which results in high uncertainty in the findings.

On the other hand, the research that was published in the journal Nature Climate Change utilized satellite measurements of ice losses from Greenland as well as the structure of the ice cap during the years 2000-19. Because of these data, the scientists were able to determine how far the ice sheet has been pushed away from an equilibrium where the amount of snowfall equals the amount of ice lost due to global warming. Because of this, it was possible to determine the amount of ice that still needs to be removed before the system can be considered stable.

Prof. Jason Box, who conducted the research and is affiliated with the National Geological Survey of Denmark and Greenland (Geus), described the finding as “a very cautious rock-bottom minimum.” It is likely that by the end of this century, this number will have increased by more than two times its current value.

The estimate of 27 centimeters is a minimum because it only accounts for global warming up to this point, and it does not reflect some of the ways in which glacier ice is lost along the borders of the ice sheet.

You May Like it :  First autonomous X-ray-analyzing AI is cleared in the EU

The benefit of this study is that it gives a reliable estimate of the sea-level rise that is unavoidably going to occur, but the methodology that was utilized does not provide a timeline during which the ice will be lost. In spite of this, the researchers predicted that the majority of the surge will take place within the next few decades based on their overall understanding of how large ice sheets, such as Greenland, lose ice into the ocean. In the year 2021, a number of other experts issued a warning that a sizeable portion of the ice sheet that covers Greenland was dangerously close to the edge.

According to Dr. William Colgan, another researcher at Geus, “the sea-level rise deficit that we have amassed to date is at the very least 27 centimeters, and it is going to get paid out, regardless of what we do going forward.” “It doesn’t matter if it comes in 100 years or 150 years; the fact is that it will come. And the rise in sea level that we have already committed to is accelerating right now as a result of the climatic path that we are on.

According to Colgan, “If [2012] becomes a regular year, then the committed loss climbs to 78cm, which is staggering, and the fact that we’re already flickering into that range [of ice loss] is shocking.” However, the gap between 78 centimeters and 27 centimeters underscores the [change] that may be made by the implementation of the Paris agreement. There is still a great deal of leeway to limit the extent of the damage.”

Mountain glaciers in the Himalayas and the Alps are already on track to lose a third and a half of their ice respectively, while the west Antarctic ice sheet is also regarded by some experts to have passed the point at which significant losses are unavoidable. This is a result of global warming. Oceans that are warmed also expand, which contributes to an increase in sea level.

Colgan stated that “there is growing evidence in the scientific literature predicting multiple meter levels of rising during the next 100 to 200 years.” If immediate action is taken to combat climate change, it may be possible to forestall the disintegration of the enormous ice sheet that covers east Antarctica, which, if it melted entirely, would cause an increase in global sea levels equivalent to 52 meters.

Professor Gail Whiteman from the University of Exeter, who was not a member of the research team, stated that the findings of this new study are difficult to ignore for all political and commercial leaders who are concerned about the future of humanity. It is unfortunate for the almost 600 million people who make their homes in coastal zones around the world. They will become more vulnerable as sea levels rise, and this threatens nearly one trillion dollars’ worth of global wealth.” She stated that government leaders need to swiftly increase the amount of spending for climate adaptation and damage.