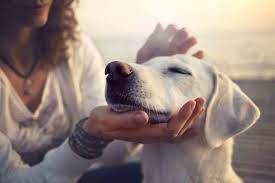 The Dog Aging Project is an ambitious and relatively recent scientific initiative that aims to monitor the aging process of thousands of canines located all throughout the United States.

The purpose of the study is to investigate and identify potential avenues for extending the canine life span. And from that vantage point, we were able to see developments in human aging research.

Why researchers are interested in studying how dog’s age.

As I mentioned earlier, the purpose of the Dog Aging Project and other similar initiatives is to gain a deeper comprehension of the aging process in dogs. Using that information, we might be able to develop strategies that will help dogs live for significantly longer. It’s a good concept, and there have already been some encouraging coverage on the ground in relation to it.

Previous research has shown that keeping a dog at home is associated with a longer lifespan. Therefore, there is no reason why you shouldn’t likewise want your dog to have a longer life. Approximately 40,000 humans and their canine companions have participated in the research initiative so far. Everyone was required to disclose the medical history of their pet as well as complete a comprehensive annual survey.

According to Kate Creevy, a researcher at Texas A&M who studies the effects of age and infectious disease on canines and other animals, the procedure takes approximately three hours. The genomes of approximately 8,500 canines have been sequenced thus far as part of this study. Some participants have even agreed to have samples taken of their blood, urine, and hair for research purposes.

In addition to this, the initiative is looking into specific diseases and conditions affecting smaller groups of dogs. In a study of the project, the Massachusetts Institute of Technology (MIT) mentions that the goal is to locate various biological signs that can assist determine whether or not a dog is at risk of getting specific ailments in the future. This could eventually lead to the development of novel pharmaceuticals that can help prevent or treat certain diseases and disorders, so assisting in the prevention and treatment of such diseases and disorders in dogs and allowing them to enjoy longer, healthier lives.

In addition to doing research on the dogs that are participating in the initiative, the Dog Aging Project will also test possible anti-aging medications. It is hoped that the experiment will be able to establish strategies to help dogs live longer with the use of these pharmaceuticals. They may also reveal previously unknown information regarding the treatment of diseases and other topics.

If the medicine is shown to be effective in dogs, then it may be considered for use in human clinical trials. In addition, any discoveries that are made to make dogs’ lives healthier and longer have the potential to be applied to human health in the not-too-distant future.

Pilots allegedly doze off, causing an aeroplane to crash