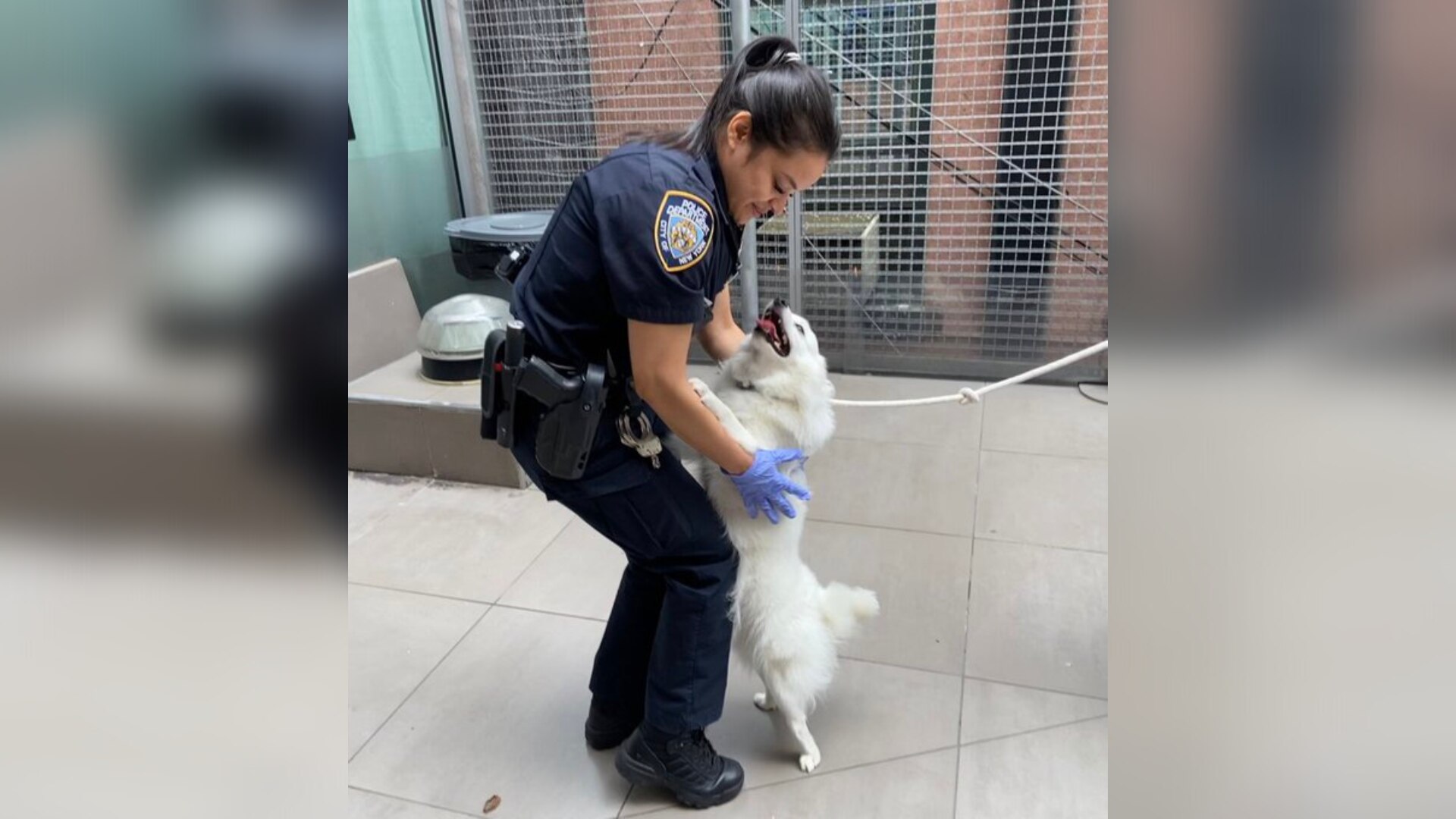 New York officer adopts dog she helped save from hot car a month ago: A month ago on the Upper East Side in Manhattan, a New York police took in a puppy that she had helped save from being left inside of a hot automobile.

WPIX reports that on June 18th, a dog was rescued after being trapped inside a parked car. It was alleged that the dog had been trapped inside the car for around two hours.

According to a tweet that was published by the 19th Precinct of the New York Police Department in June, concerned citizens who noticed the puppy inside the vehicle called 911. When the officers came, they discovered the vehicle and noted that it was turned off, the windows were hot, and the dog was in discomfort. After that, the officers smashed the window in order to free the dog and take him to the veterinarian as soon as possible.

The 19th Precinct of the NYPD announced on their Twitter account on Wednesday that one of their officers, Officer Maharaj, had adopted the puppy, which means that he will no longer be neglected. She was a member of the law enforcement team that helped bring the dog to safety.

According to the NYPD 19th Precinct, the ASPCA has provided assistance with the dog’s care since he was rescued.

Despite this, the investigation is still ongoing.

What is dynamic number insertion?