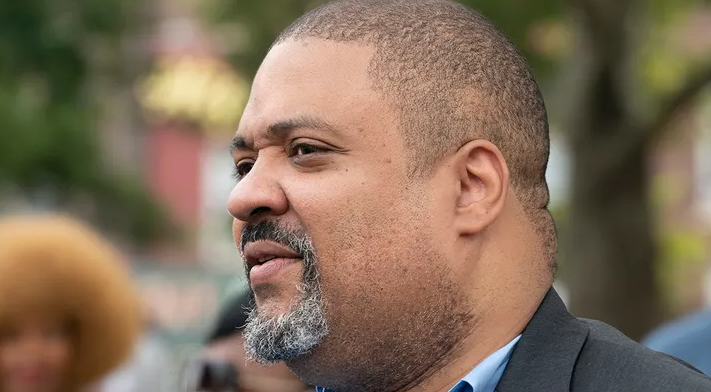 NYC judge drops murder charge against bodega worker after Manhattan DA backtracks: Charges against a New York City bodega worker arrested for the murder of a man spotted on surveillance camera coming behind the cashier’s desk and beating the employee were dropped on Tuesday.

The Manhattan District Attorney’s Office was chastised for charging Jose Alba earlier this month, despite video evidence suggesting the fatal stabbing was justifiable as self-defense.

Jennifer Sigall, an assistant district attorney under Bragg, filed a motion to dismiss the second-degree murder allegation against Alba on Tuesday morning and forwarded a copy to his attorney, Michelle Villasenor-Grant.

By Tuesday afternoon, a judge had dismissed the charge against Alba, according to Fox News.

“Following an inquiry, the People determined that we cannot prove beyond a reasonable doubt that the defendant’s use of lethal bodily force was not warranted. As a result, the People will not take the case to a Grand Jury and, for the reasons stated in the memorandum attached, hereby move to dismiss the complaint “In court documents acquired by Fox News, Bragg’s office wrote.

According to court filings, Alba stabbed Austin Simon behind the counter of the Blue Moon convenience store at 3422 Broadway in Manhattan at 11:00 p.m. on July 1.

The district attorney’s office stated on Tuesday that the “death resulted from a violent fight that Simon instigated because he believed Alba had cruelly handled Simon’s girlfriend’s ten-year-old daughter.”

Alba had taken a snack from her daughter’s hand that the girlfriend had been unable to purchase owing to a defective Electronic Benefits Transfer (EBT) Card.

The lady cursed the clerk and warned her boyfriend would return to “f*** you up.”

Prosecutors claimed Simon arrived at the business minutes later, entered the small, employees-only area behind the counter, forced Alba against a wall of shelving, then grabbed him by the collar to hoist him off of a chair and drag him out of the employees-only section. He said he wanted Alba to apologize to the girl and fight him outside.

“I don’t want a problem, papa,” Alba is heard telling Simon on an audio tape.

Prosecutors said Alba grabbed a knife from a shelf beside the counter and repeatedly stabbed Simon while Simon held him by the collar and pushed him out.

Simon was pronounced deceased at the hospital later that day. According to the medical examiner, he suffered six stab wounds to the left side of his neck, one of which ruptured the internal jugular vein.

Alba claimed Simon was also attacked by Simon’s girlfriend. Alba is 61 years old and 5 feet 7 inches tall, while Simon is 35 years old and 6 feet tall, according to court filings.

You May Like it :  Doctors trying to determine why many young people are suddenly dying

According to Alba’s account to police and security video, Simon had a box cutter visible in his right front shorts but did not reveal it at any point throughout the fight.

At the time of the fatal incident, Simon was apparently on parole for assaulting a police officer. Alba was arrested and was being held at New York City’s notorious Riker’s Island jail on a $250,000 bond – half of the $500,000 asked by Bragg’s office during an arraignment hearing. Alba was eventually released after his bond was cut to $50,000, and the murder charge was dismissed on Tuesday.

The district attorney’s office cited a state statute that defines when a lethal physical force, such as homicide, is “justifiable and not criminal.”

When a defendant raises a defense rationale, prosecutors, not the defendant, must prove beyond a reasonable doubt that the defendant was not justified in using fatal bodily force. Prosecutors stated that Alba feared Simon was about to use lethal physical force on him, or that Simon trespassed behind the bodega counter with the intent to commit a crime, and Alba’s use of physical force was to prevent or terminate a burglary.

How To Flip A Car In Fortnite?