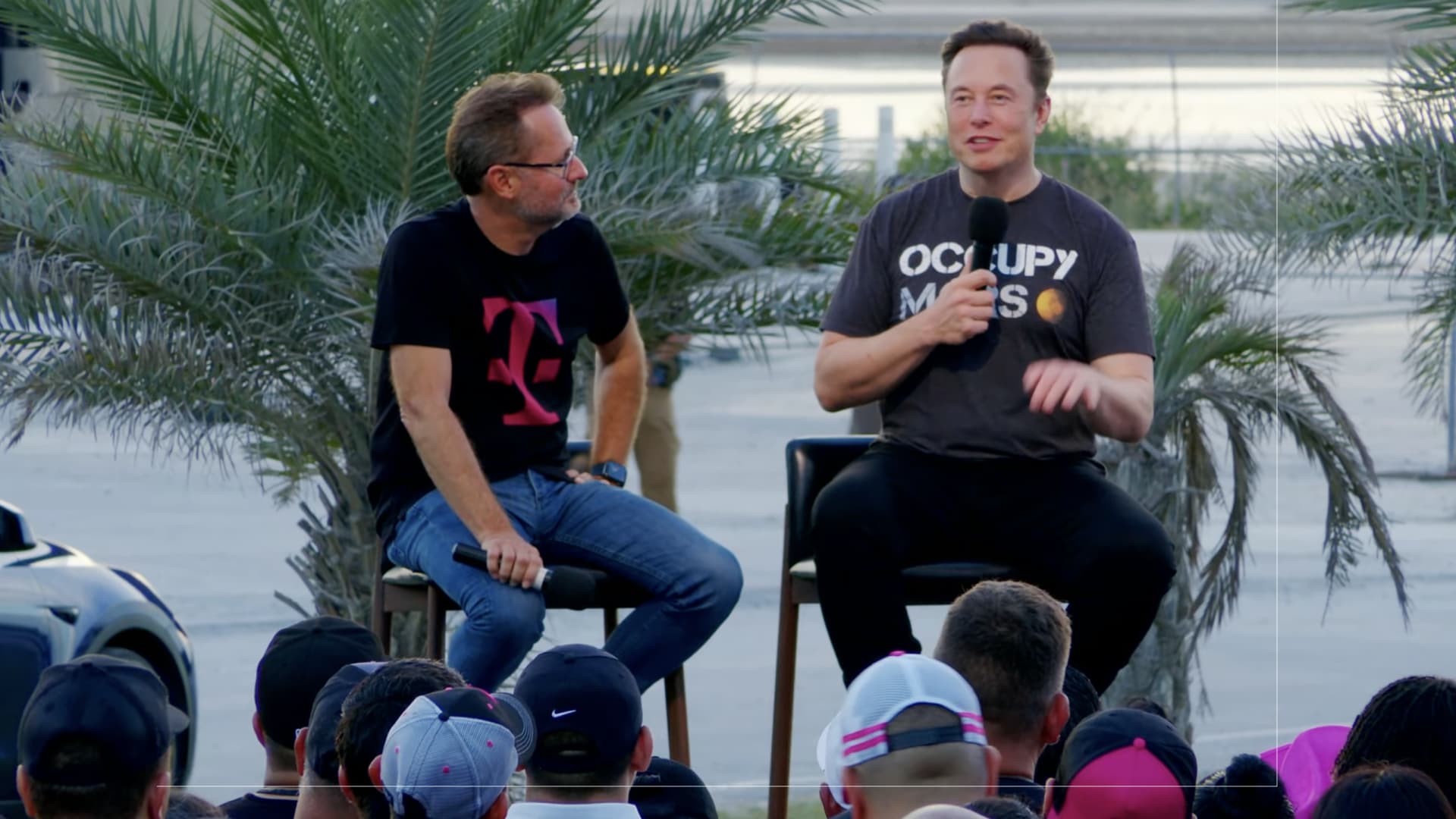 Starlink is a network of satellites that SpaceX has launched into low Earth orbit. Its purpose is to provide high-speed internet connectivity to isolated areas all over the world.

SpaceX was the company that carried out the launch. Over 2,700 satellites have been placed into orbit by SpaceX in order to sustain this network.

Sievert stated that T-Mobile will be devoting a “slice of its mid-band PCS spectrum” to be integrated into Starlink satellites that are scheduled to be deployed the following year while he was speaking at the SpaceX facility in Boca Chica, Texas on Thursday night.

Sievert has stated that eventually, the service will be able to work with voice. T-Mobile has indicated that it intends to incorporate the service into its most popular mobile plans, although the company has not disclosed any information regarding pricing.

Musk has stated that the service will be compatible with the second generation of Starlink’s satellites, which have extremely big antennae and will be able to broadcast directly to a cellular or mobile phone.

Users of mobile devices will not be required to upgrade to a new phone in order to access the service. Musk has stated that the intended service should continue to function during or after a natural disaster, even if all of the cell towers are destroyed.

Musk elaborated, “This will not have the kind of bandwidth that a Starlink terminal will have, but this will enable messaging, it will permit photos, and if there aren’t too many people in the cell zone, you can even potentially have a little bit of video.”

In addition, he stated that “We will no longer read about these catastrophes that occurred where individuals were lost and if only they could have called for help they would have been okay.”

T-Mobile will also offer “reciprocal roaming,” which means that visitors to the United States from other countries will be able to use the service if those visitors’ home countries also join with SpaceX to enable this service globally. Musk and Sievert sent invitations to overseas carriers to join their coalition.

You May Like it :  How to ungroup icons taskbar in Windows 11?

Thursday’s trading session came to a close higher by one point, at $147.07, and the stock was showing a little upward trend after the market closed.

According to a previous report by CNBC Pro, analysts from Morgan Stanley published a note on the industry this week in which they stated that they favored T-Mobile as a top pick within the telecom services sector. The analysts wrote that they “expect T-Mobile to continue to take share, driving superior top-and bottom-line growth, with the buyback likely to commence soon.”

Michigan’s Chipotle is the first in the chain to organize a labor union.