The Family of Missing Rapper Theophilus London Announces His Recovery

Entertainment
By Monica Brain On Jan 5, 2023 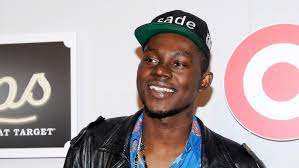 Late on Wednesday night, a member of London’s family confirmed to The Hollywood Reporter that he is unharmed and doing fine and that the family would be grateful to receive prayers and respect for their privacy.

“I genuinely appreciate the help that everyone has provided in locating my cousin. It is both refreshing and rewarding to have such a solid support system consisting of one’s family and friends!!! Mikhail Noel, London’s cousin, posted a message on social media wishing everyone a “God bless every one of you all.”

A missing person report was filed for the rapper London, born in Trinidad and Tobago one week ago. His friends and family made the report. His family reported him missing to the Los Angeles Police Department because they had not heard from or seen the musician since July, according to the information they submitted.

His father wrote in press release announcing that he was missing, “Wherever you are, send us some signal,” and the release was sent to the media. “Regardless of the circumstances, we will come and get you, son.”

Kanye West’s song “All Day,” which featured Paul McCartney and reached its highest position on the Billboard Hot 100 chart at number 15, featured London, now 35 years old. At the 2016 Grammy Awards, the song was nominated for best rap song, written by London, West, McCartney, and several other co-writers.

Three studio albums have been released by London, the most recent of which is titled Bebey and was released in 2020. This self-released album featured collaborations with Tame Impala, Lil Yachty, and Raekwon. Vibes, his album released in 2014, was produced by West, who is also featured on one of the songs. In addition, his debut album, Timez Are Weird These Days, was released in 2011 and contributed to the performer being nominated for Best Pust Act at the 2011 MTV Europe Music Awards.

A New Update How to Empty a Dyson Vacuum Cleaner