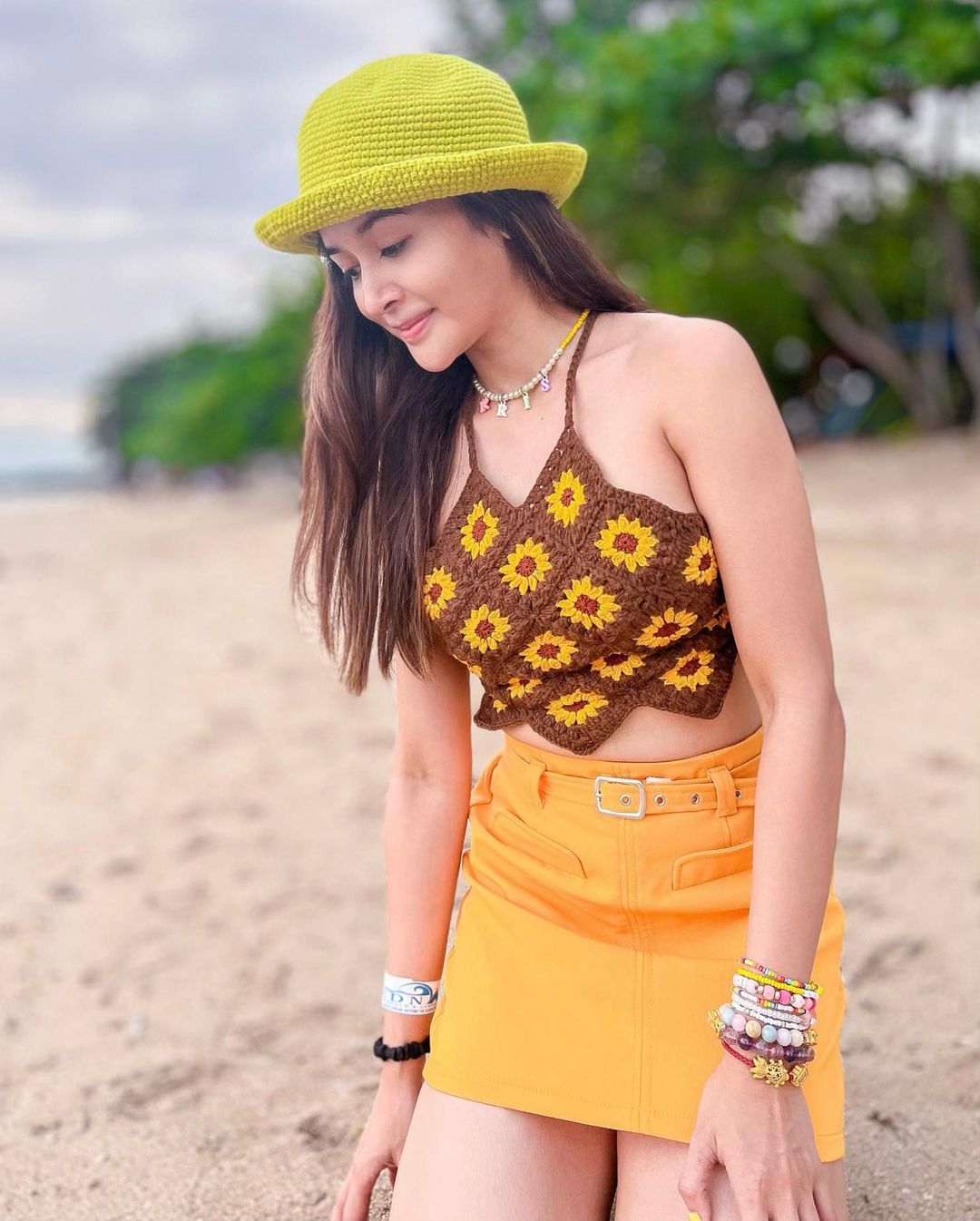 Kris Bernal enjoys gaining weight, flaunts new beach body: This is what Kris Bernal considers to be the definition of a beach body.

Kris Bernal, an actress, recently shared some images of herself on her Instagram account wearing an avocado-colored bikini. In the captions accompanying the photos, she talked about her physique in an honest and open manner.

This post was created as a response to those individuals who commented on her earlier beach images and stated that she had gained weight after getting married.

She writes in the caption, “Many of you have commented on how much better I look now that I’ve gained weight. Thank you very much!” It is true that I have gained 10 pounds as a result of living with a chef husband who prepares carbohydrate-laden cuisine on a daily basis, does not exercise very often, and hoards tubs of ice cream and chocolates from the grocery store.

Because of my packed schedule, I haven’t been able to get in as many workouts. Once a week instead of every other day has been the new schedule. Yes, it has caused me to put on some extra weight. Enjoying every aspect of married life, including the accompanying weight gain thingzzz. “Thank you for appreciating, despite that,” she says in her subsequent comment.

Kris freely confesses that she has modified her diet and exercise routines after marrying her husband, who is a chef. She also acknowledges that this has caused her to gain weight. But in spite of everything, she is content and has a positive attitude toward her “beach body,” which she jokingly defined as “have a body and go to the beach.”

After all, isn’t that the essence of a body that’s perfect for the beach?

In the meantime, check out some of these other famous people who are embracing and promoting body positivity.

Working in the public spotlight means being open to critique, which is something Gabbi Garcia is comfortable with. She doesn’t let the negative comments get to her, and instead she uses them as fuel to show her critics that they’re wrong. She is a Kapuso Global Endorser. “In order to keep myself motivated, I try to focus on what others are saying about me. To show them that I am confident that I am not like that, so that they will believe me.”