Lee Greenwood on 4th of July and America: ‘Grateful to be in a free country’ 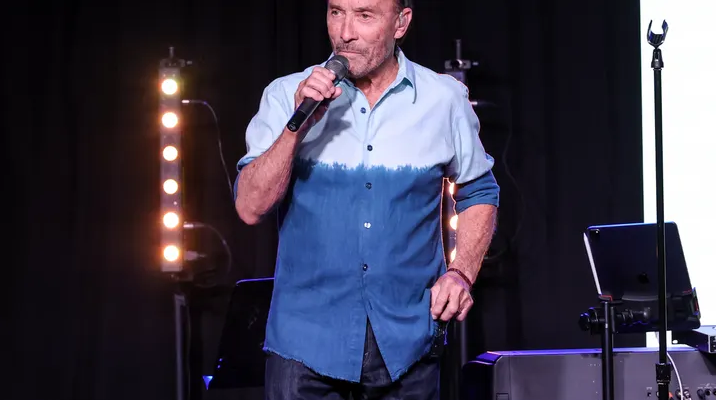 Lee Greenwood on 4th of July and America: ‘Grateful to be in a free country’:It’s hard to hear the song “God Bless the USA” without breaking down in tears, but Lee Greenwood has a vast discography and a heartfelt devotion to the United States of America that extends far beyond the well-known “God Bless the USA.”

He devotes a lot of his free time to Helping A Hero, a Texas-based national charity that helps wounded soldiers, law enforcement, and others. He has raised thousands of dollars through Helping A Hero.

With Black Cat®, he recently collaborated on a 42-shot “Proud To Be an American” firework that will be offered in select locations across the country on July 4th.

By phone, Greenwood was preparing for a hectic Fourth of July weekend, which included a performance at the Grand Ole Opry in Nashville, Tennessee, on July 5.

As a child, he was raised on a farm in California, where he and his family were sharecroppers.

“We didn’t spend a lot of time on vacation. For as long as I can remember, I’ve always worked throughout the holidays.”

Instead of celebrating America’s birthday on July 4, he remarked, “let’s remember why we celebrate the Fourth of July in the first place.”

“I suppose my message basically is to remember that freedom is not free,” Greenwood added.

In addition, he said, we should remember the 4th of July every time we celebrate with fireworks or other patriotic festivities “Remember that our service men — our troops — paid the ultimate price for our freedom. Those are my main points at the moment.”

When it comes to today’s political climate, what does he think?

Politics can be impossible to avoid at times, he noted in an interview. As a matter of fact, politics permeates every aspect of our lives, not just in Washington, D.C., where politicians are constantly trying to influence the country in their favour — left or right, middle or whatever.

As he continued, “I strive to stay true to my craft, my music, my family, and most of all my nation,” he said.

When his wife, Kim, returned from her recent trip to London, she told him that many of the individuals she met or talked to there were astonished by news of the upheaval and discontent in the United States over so many different causes.

“And I explained to her that this is what comes with having your freedom restored. Dissension is inevitable in a free society, but when a crisis arises, it can also unite people “according to Greenwood. “In the immediate aftermath of September 11, 2001, as you may recall, I was active and conspicuous in the reconstruction efforts in the United States. In fact, I’m still doing it. Divisiveness and a lack of unity are two of my main goals.”

You May Like it :  U.S. expectations for Russian military preparations were relayed to Zelensky by the CIA director.

Family and faith, he remarked, are at the heart of everything he does.

According to Greenwood, people thank him after his concerts and other events.

“”I’m humbled by it,” he continued, “and I don’t really need justification for what I do—but I’m delighted that people know that this isn’t on the surface for me. This really gets under my skin.”

The fact that so many people have taken the time to congratulate him or express their appreciation or views regarding his classic song, “God Bless the USA,” was described by him as “quite cool.”

It’s also people of all ages, he noted. As far as I can tell, “the grandparents passed it down to the parents, who in turn, passed it on to their children.”

In Greenwood’s opinion, “Something as basic as some music has apparently struck a chord with a large number of people. When “God Bless the USA” is played at the end of fireworks displays, it means a lot to people “he stated, as well as other occurrences.

In an interview, Greenwood revealed that “God Bless the USA” was never intended to be a single at all.

“Originally from California, I was a sharecropper farmer who farmed cotton for most of the time. It never occurred to me that it would reach such a high point. And I created the song for an MCA album recorded in 1983, when I was still with the label. It wasn’t said or implied that it would be a one-off.”

“Those were my fourth or fifth albums with MCA at the time, and Universal requested that it be the single from that album [later]. And if they hadn’t made that decision, I don’t think it would have ever been heard.”

He replied “that’s the way God works,” but Greenwood disagreed.

“As soon as you start making plans, they often change, and it’s because you can never anticipate God’s plan. That’s the axiom I live by.”

“I enjoy what I do. Singing, being a musician, and creating art are some of my favourite things to do, and they’re all things I enjoy doing for fun.”

In addition, he devotes a lot of time to the Houston-based charity Helping A Hero, which seeks to provide assistance to the nation’s bravest and most injured service members.

“Doing this fills my heart with pride,” he remarked.

This year, Bass Pro Shops CEO Johnny Morris is helping to fund the first ten of the 100 new homes that will be built this year, he said. “We’ve provided 200 homes in 10 years—and this year we’re on a fast track to do another 100 homes,” he said.

Lee Greenwood’s HelpingAHero.org or HelpingAHero.com can be used by anybody to help “wounded warriors who need and deserve a home,” Greenwood stated.

Kimberly Payne, a former Miss Tennessee, is Lee Greenwood’s wife. Their two children, Dalton and Parker, were born as a result of their 1992 marriage in Nashville.

The Country Music Association Awards honoured “God Bless The USA” Song of the Year in 1985.