Southwest has announced that it will resume normal operations on Friday. 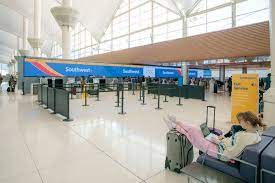 On December 22, severe winter weather disrupted air travel. While other airlines have been able to resume their normal operations, Southwest has been experiencing delays and cancellations daily.

Read more: The Fed Has Given Up On A Big Worker Rebound Due To Retirees

After canceling over two-thirds of its flight schedule recently, including an additional 2,350 flights on Thursday, Southwest Airlines has stated that it anticipates returning to normal operations on Friday.

On Friday, it is anticipated that there will be no ticket purchasing limits, a complete schedule of flights, and flight crews that are appropriately manned.

The airline has admitted that flight difficulties were initially caused by antiquated technology shortly after the storm’s onset.

Traveling home for the holidays for many people in Kansas City was a nightmare, thanks to a severe snowstorm that hit the area. It has also caused bags from around the country to become stranded at KCI.

Regarding publicly addressing the situation, Southwest needs to be more explicit about how they plan to do so. The airline’s principal means of disseminating information have been video remarks made by its Chief Executive Officer, Robert Jordan, and its Chief Commercial Officer.

The ongoing problems have also caused challenges for supporters of college football programs in the Kansas City area that have experienced recent success.

If you took a flight with Southwest and are seeking your lost baggage or a refund, here are the steps you need to take.

Southwest Airlines has developed a page on its website dedicated solely to assisting stranded passengers. The company has asked its customers to submit receipts for unanticipated expenditures.

How to stop Philo’s subscription Quick and Easy Method

More than half of Ohio’s 82 measles cases are unvaccinated newborns and toddlers.