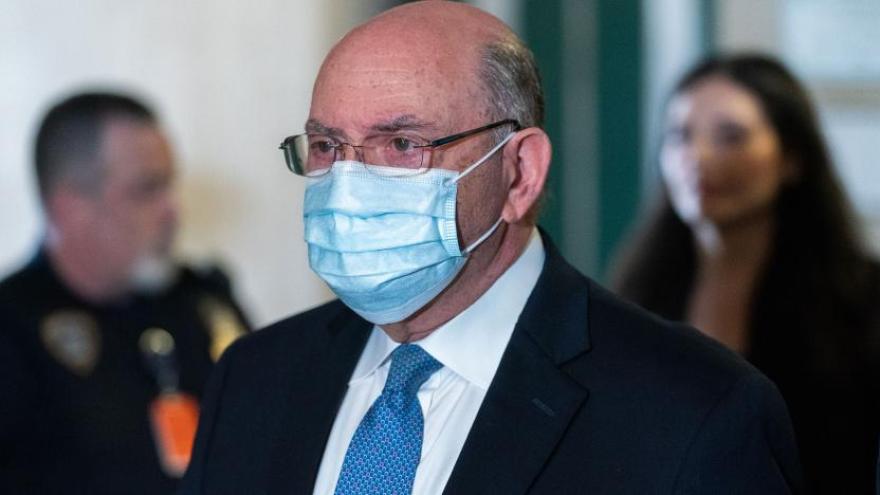 In court on Thursday, Weisselberg responded, “Yes, your honor,” when asked if he was pleading guilty voluntarily.

A Manhattan condominium, two Mercedes-Benz leases, and private school tuition for his granddaughters were all part of the $1.7 million Weisselberg said he had hidden from the IRS by pleading guilty to 15 charges.

He admits lying to his accountant about his income and deliberately leaving out the money he earned from such perks.

By repeating, “Yes, your honor,” Weisselberg responded to the judge’s string of pointed questions regarding the strategy.

To settle his tax debt of roughly $2 million, interest, and penalties, he has agreed to forego his right to appeal.

Weisselberg’s sentencing, according to Judge Juan Merchan, will follow the trial against the Trump Organization. He said the plea bargain called for probation for five years after a five-month prison term. If Weisselberg does not comply with the terms of the plea agreement, the judge stated, “I would be at liberty to impose any lawful sentence which in your instance includes incarceration from 5 to 15 years.”

Because of his guilty plea, he is now at odds with the Trump Organization, where he worked for 40 years, and his testimony could be damaging to the business if a trial on tax-related charges moves forward as planned in October.

Since he began working for Trump in 1973, Weisselberg has shown unwavering loyalty to the family. While the Trump family has not been charged of wrongdoing, Weisselberg’s testimony against the corporation will still not implicate them. Should the Trump Organization be found guilty, it might have to pay restitution in the form of back taxes and fines, but no Trump associates would face criminal charges or jail time.

You May Like it :  Local Republicans on Long Island are pressuring George Santos to step down.

Weisselberg will most certainly do his time at New York City’s renowned Rikers Island. Weisselberg may only have to spend 100 days in jail if he receives a third of his sentence as credit for good behaviour. There is no minimum penalty associated with any of the allegations against Weisselberg, and the maximum sentence for the most serious charge is 15 years in prison.

During the hearing, prosecutor Joshua Steinglass stated that a state jail sentence would be recommended if Weisselberg did not comply with all of the responsibilities.

To pressure Weisselberg into testifying against Trump in the sprawling investigation into whether the Trump Organization and its top executives provided misleading financial statements to obtain loans, insurance, and tax benefits, the Manhattan district attorney’s office announced the tax charges last summer. To date, no charges have resulted from that probe, which authorities insist is ongoing.

When it comes to the New York State Attorney’s Office’s criminal inquiry, Weisselberg is not helping out.

Weisselberg’s guilty plea comes a week after a court in New York state rejected his request to dismiss the charge and two months before his trial was scheduled to begin.

The Trump Organization has been quick to distance itself from any allegations of impropriety. President Trump has claimed that the probes are just political. Trump, Donald Trump Jr., Eric Trump, and Ivanka Trump were not indicted, nor were any of the other executives involved in the tax case.

Weisselberg is one of the few witnesses who could shed light on the decision-making process within the Trump Organization.

On Thursday, Weisselberg admitted that veteran Trump Organization controller Jeffrey McConney was involved in the plan.

According to prior CNN reports, Weisselberg’s subordinate McConney was granted immunity in exchange for his testimony before a grand jury. In the indictment, he was listed as an unindicted co-conspirator.

Weisselberg’s guilty plea comes at a pivotal time for Trump in the law; just last week, during a deposition for the New York attorney general’s civil inquiry, Trump invoked the Fifth Amendment and refused to answer hundreds of questions concerning the Trump Organization’s financial statements.

The FBI had executed a search order at Trump’s Mar-a-lago estate in Florida two days prior as part of a criminal investigation into the handling of presidential records, including secret information.

You May Like it :  New York AG sues Trump, his kids, and his business for fraud
20
Share