New treatments for severe skin cancer could be discovered. 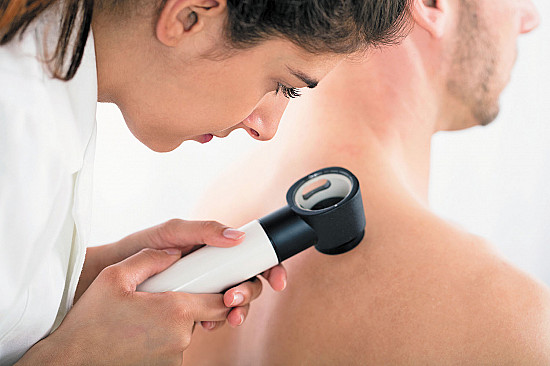 New treatments for severe skin cancer could be discovered. Researchers have found a new approach to inhibit the spread of melanoma, which is a promising step toward developing effective treatments for the disease.

About 16,000 new cases of melanoma are reported each year in the United Kingdom, making it the country’s fifth most prevalent cancer overall.

Their findings were published in Nature Cell Biology, and the researchers think they may pave the way for a new class of medications to treat melanoma.

Professor Ze’ev Ronai, director of the Cancer Centre at Sanford Burnham Prebys and the study’s primary investigator, said that the enzyme GCDH is essential for the survival and growth of melanoma, the deadliest type of skin cancer.

Our current objective is to identify a medication or medicines that inhibit GCDH activity, he said.

Researchers have been looking for ways to starve cancer cells due to the fact that tumors grow rapidly and demand a lot of nourishment. Although the method showed promise, the outcomes were disappointing. Without one type of fuel, tumors will seek out others.

Glutaryl-CoA Dehydrogenase (GCDH) is a key enzyme in the metabolism of lysine and tryptophan, two important amino acids that melanoma cells “eat” to generate energy.

Research conducted by Prof. Ronai’s group revealed that GCDH was essential for malignant cells to produce energy and expand.

Dr. Sachin Verma, one of the study’s authors, explained that “lysine and tryptophan are ‘eaten’ by melanoma cells to make energy.”

When cancer cells tap into this energy source, however, they must also neutralize the harmful byproducts.

We hypothesized that all six enzymes would be required because the process consists of six steps. However, only one of these enzymes, GCDH, was found to be absolutely necessary. When the GCDH step is missing, melanoma cells die.

In a further set of research, it was discovered that blocking GCDH in an animal model triggered NRF2’s cancer-preventing effects.

A long time ago, we learned that NRF2 may act as both a driver and a suppressor of cancer,” said Prof. Ronai.

We just couldn’t figure out how to switch NRF2’s role from driver to the suppressor. The result of our latest research proves it.

The benefits of decreasing GCDH, the researchers found, were limited to melanoma tumors.

You May Like it :  UK’s biggest GP chain replacing doctors with less qualified staff

Cancers of the lung, breast and other organs were unaffected by similar treatments, possibly because they rely on different enzymes for survival and growth.

Because of GCDH’s importance in protein processing, scientists hypothesize that tumors lacking this enzyme may also be susceptible to high-protein meals.

With the help of researchers from Sanford Burnham Prebys’ Conrad Prebys Centre for Chemical Genomics, Prof. Ronai’s group is looking for small-molecule GCDH inhibitors that could serve as the basis for future melanoma treatments.

Dr. Verma explained that the study’s success in inhibiting GCDH was due to the use of genetic techniques, which “give the proof of concept to hunt for small-molecule inhibitors.”

As such, “we are actively hunting for possible medicines that could block GCDH, which would be candidates for innovative melanoma therapy.”