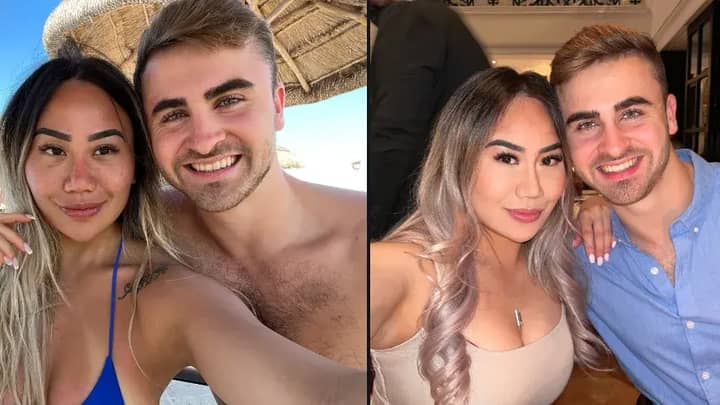 Hannah Chan, 27, claims she defers all of the rent, bills, and vacation costs to her boyfriend Ed Reay, 22.

Hannah came to the conclusion that she wanted a partner who could take the initiative and care for her after several bad dates.

She realized that, as a career-driven woman, what she wanted was a relationship with someone who could “dominate” and “provide” for her.

Ed Reay, a Canadian company owner, first contacted Hannah in May 2021, and the two eventually met in July 2021.

Ed arrived by plane from Vancouver, and the two hit it up so well that in September 2021 he moved to London.

Ed began to assume more financial responsibility as the couple got closer and now pays all the expenses.

According to the business guru, Hannah ‘gives value back’ by caring for the house and making him feel calm and supported in addition to treating him to smoothies and doing the chores.

Hannah stated: “I began to realize that I didn’t want to be the dominant one in a relationship and that I wanted someone who could provide for me.

I used to think that my value in relationships came from how well my businesses worked and how much money I made, but I realized that wasn’t what I wanted.

She said, “Ed told me he wanted to take care of me when we met. He contributes monetarily, and I offer him 100 percent of my love, support, and attention in return, even for small gestures like bringing him a smoothie after a trying day.

“There is no right or wrong when it comes to dating; what matters most is that you and your partner have values that are compatible with what you seek in a relationship.”

Hannah claimed that she quickly realized Ed wanted to be the one to take care of the family.

The desire for him to be a provider “naturally came up,” she said.

I’ll take care of the cleaning, cooking, and grocery shopping, she said. The thing that Ed appreciates most—rather than money—is being supported and cared for. He views me as an investment because I have helped him, which has increased his income by three times.

Ed stated that having the obligation of providing for his family gives him a feeling of responsibility and gives his life significance.

You May Like it :  Deborah Samuel Tambuwal imposes 24 hrs curfew in Sokoto

You don’t need a lot of money to spoil someone you love, which is something I love to do.

In our relationship, I believe the woman should make the home, and the man should furnish the house.