How to get Bioshock remastered free? The Collection may now be downloaded from the Epic Games Store at no cost. As part of the free game of the week promotion, all three critically acclaimed titles in the BioShock series can currently be downloaded without charge until the following week. The free package also contains all downloadable content (DLC) and expansion packs (expansion packs) released for these games. Earlier, the retailer gave away free copies of Borderlands 3 to customers.

The BioShock: The Collection bundle will be available for free download from May 26 through June 2 at 8.30 p.m. local time via the Epic Games Store. Remastered versions of the games BioShock, BioShock 2, and BioShock: Infinite are included in this bundle. 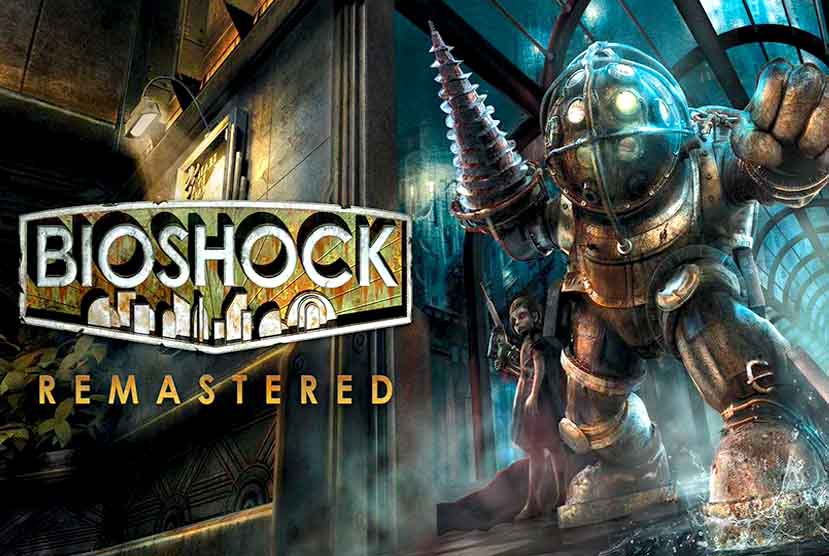 Users will need to register for an account on the Epic Games Store to be eligible for the free download of the BioShock game bundle. After that, customers will be required to purchase the game bundle by making an initial payment of zero dollars, and the receipt will be given to their email addresses. After the purchase has been made, all three of the BioShock games will be added to the user’s account in the Epic Games Store.

After that, they can log in, download, and install any of these games on their desktop computers by downloading the client first. The BioShock: Collection package in India typically sells for approximately 1,745 Indian Rupees (Rs.).

The BioShock game series has some of the highest ratings of any game. The games in the BioShock series offer a compelling combination of first-person shooter and action set in a futuristic dystopian cyberpunk setting. The first three installments in this series are consistently regarded as some of the best video games ever produced. On Metacritic, the original game received an excellent rating of 96 out of 100 points.

You May Like it :  Sussex among Us Roman – Get All data right then!

The second and third place scores are 88 and 94 out of 100, respectively. All of them are worth playing, especially if gamers can get their hands on them for free, as we now know they can do.

The Epic Games Store will reveal the next free mystery game of the week when the BioShock games promotion ends on June 2. Between now to June 16, the shop will be hosting its Epic Mega Sale 2022, during which there will be discounts on AAA games.

Prices for Horizon Zero Dawn start at 1,649 Indian Rupees (50 percent discount). The price of Hitman 3 is currently Rs. 944. (50 percent discount) In addition, the Epic Games Store is now running a promotion that provides a discount of up to 75% on several other well-known games. During the Epic Mega Sale, there are discounts on more than 1,600 different games and add-ons.

2K is giving away free copies of the remastered versions of the games Bioshock and Bioshock 2 to players of the PC version in conjunction with the release of Bioshock: The Collection for the PlayStation 4 and Xbox One. This is subject to the fact that they downloaded the games before September 13. However, the console version of Bioshock Infinite will not receive the update because it is already identical to the version available on the PC. There are a few different ways to acquire the game, which vary according to how each copy was initially purchased.

This is the most straightforward approach to obtaining the remastered games for no cost. If you have Bioshock, Bioshock 2, and Bioshock 2: Minerva’s Den downloaded from Steam, the remastered versions will be made accessible to you as a second game and will be ready to be installed whenever you choose to do so.

You May Like it :  What Channel Is NBC On Regular TV?

The process of getting your games to look like this turns out to be somewhat more challenging. If you bought a physical copy of the game, you could receive the remastered editions for free as long as you have the CD and a Steam account that is active and connected to the internet. In the blog post published by 2K, it is stated that gamers must submit evidence that they purchased the physical game and also supply 2K Support with information regarding their Steam profile. To file a ticket, you will be required to provide additional information.

Even if the games are likely free to play, the toll that they take on your computer’s hardware could not be. Verify that your computer can run the remastered versions of Bioshock and Bioshock 2 by checking the system requirements listed below.

If you haven’t played any of the games in the Bioshock series before, you should familiarise yourself with the franchise by reading our (spoiler-free) beginner’s guide. As a result of the publication of Bioshock: The Collection, there will be a surge of new players, all of whom will require as much assistance as they can obtain to find their footing amidst a sea of seasoned players.

How to get Bioshock free on Epic Games Store

On the Epic Titles Store, all of the BioShock games will be free to download beginning on May 26 and continuing through June 2. This promotion will last for a total of two weeks.

Navigate to the bundle titled “BioShock: The Collection” page to obtain the BioShock games while they are still available for free on the Epic Games Store. Then, select “Get” on the menu.

After that, you’ll be prompted to sign in to your Epic Games account so that you can continue. Because of this, if you do not already have an Epic Games account, you will be required to create one to be able to download the game at this time.

You May Like it :  Step by Step guideline How much to tip amazon fresh

After making your purchase, you will get a bundle containing three games. These games include BioShock Remastered, BioShock 2 Remastered, and BioShock Infinite: Complete Edition.

Even if you aren’t ready to finish the BioShock series, it’s a good idea to pick up these games while they’re free because you’ll never find a better offer than this one. Typically, one can purchase all three games for $60.

This freebie can only be redeemed on a personal computer (PC) because it is part of the Epic Games store promotion. Unfortunately, players on other platforms will not be able to participate in this event.

Keep an eye out next week since the Epic Games Store will be giving away yet another free game. A new freebie mystery is available every week, and several of the previous freebies have been significant series, including BioShock.

That is all you need to know about this fantastic free deal and how to obtain it.

Have you had any success with any of these approaches? Have you run across any problems obtaining your complimentary copies? Please share your thoughts with me in the section below!

What Is The Most Reliable TV Brand?