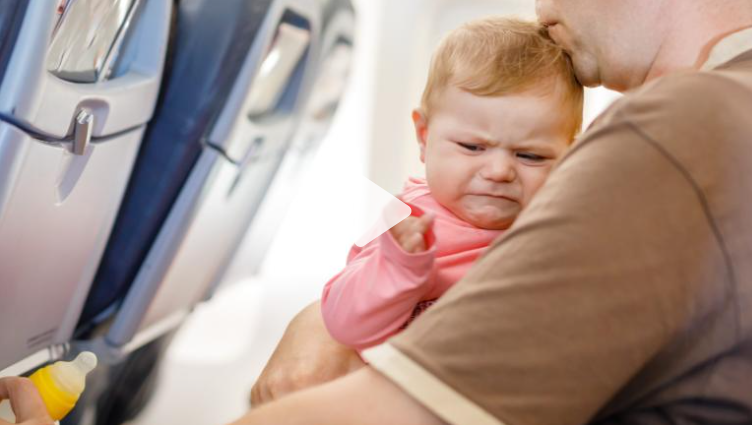 Dr. Rebecca Carlin, who co-authored the guidelines and technical report from the AAP Task Force on Sudden Infant Death Syndrome and the AAP Committee on Fetus and Newborn, said in a statement that “We know that many parents choose to share a bed with a child, for instance, perhaps to help with breastfeeding or because of a cultural preference or a belief that it is safe.”

It is one of a number of recommendations that the AAP offered to doctors in order to assist in reducing the number of deaths that occur while infants are sleeping.

According to the American Academy of Pediatrics (AAP), each year in the United States, sleep-related newborn fatalities claim the lives of approximately 3,500 children under the age of one. The majority of these children come from economically deprived neighborhoods.

The American Academy of Pediatrics (AAP) made this observation in a statement: “The rate of sudden unexpected infant deaths (SUIDs) among Black and American Indian/Alaska Native infants was more than double and almost triple, respectively, that of white infants (85 per 100 000 live births) in 2010-2013.”

In a statement, Dr. Rachel Moon, the primary author of the guidelines and a professor of pediatrics at the University of Virginia, said, “We’ve made enormous advances in discovering what keeps children safe during sleep but much work still needs to be done.”

Even though the American Academy of Pediatrics (AAP) gives strong advice against it, its most recent guidelines state that infants should sleep in the same room as their parents for at least the first six months of their lives on a separate sleep surface that has a solid, flat surface.

You May Like it :  Celine Dion cancels her concert dates after disclosing an enduring health condition.

According to the new regulations that have been issued by the Consumer Product Safety Commission and will go effective this week, the only devices that can be marketed for use as places for infants to sleep are cribs, bassinets, play yards, and bedside sleepers. Bedside sleepers are separate little cribs or bassinets that attach to the parent’s bed but allow newborns to sleep alone without any covering. These sleepers can also be called co-sleepers.

According to the American Academy of Pediatrics (AAP), parents shouldn’t utilize goods for sleep that aren’t particularly intended for sleep.

There are a variety of other sleeping situations that can pose a threat to infants. The American Academy of Pediatrics (AAP) found that falling asleep when resting with an infant on an upholstered surface such as a sofa, armchair, or cushion enhances the risk of infant mortality by 67 percent. According to the findings of the academy, the likelihood of the infant passing away while co-sleeping on a bed, couch, or other surface is five to ten times higher if the infant was born prematurely, and had a low birth weight or was younger than four months old.

“If you press your hand into a surface and then lift it up again, you’ll have a good idea of whether or not it’s too soft. It is too soft if the pressure of your hand leaves an impression “remarked Alison Jacobson, Chief Executive Officer of First Candle, a national nonprofit organization dedicated to the eradication of Sudden Infant Death Syndrome and other sleep-related deaths in infants through education and advocacy.

The American Academy of Pediatrics (AAP) recommends that parents always put their babies to sleep alone on their backs on a level, firm mattress that is covered in a snug, fitted sheet. Eliminate any and all extras from the crib, including plush toys, blankets, pillows, soft bedding, sleep positioners, and crib bumpers. These items can cause newborns to become entrapped and suffocate if they are in the wrong place at the wrong time.

The American Academy of Pediatrics (AAP) notes on their consumer website, healthychildren.org, that “Crib bumpers have been connected to more than 100 newborn deaths during the previous 30 years.”

You May Like it :  After Mandate, COVID-19 Vaccinations Increased Among Nursing Home Staff

“When they hear their tiny peanut whimpering and struggle to get comfortable in the large crib, they think to themselves, “Well, I need to cozier up the crib.” You should know that my child has recently emerged from the womb. Therefore, this seems to be the most reasonable explanation, “Pollack-Nelson remarked.

According to Jacobson, however, infants do not require any of those cushioned goods in order to feel warm and comfortable. “Use a swaddle sack or wearable blanket to wrap the baby up instead of a sheet or blanket,” the author suggests.

According to Jacobson, there is some evidence that covering a newborn in an excessive amount of clothing or blankets, particularly in a warm room, may be connected with an increased risk of sudden infant death syndrome (SIDS).

“Hats and any other head covering should be removed before setting your baby down to sleep,” she added, adding that babies only need one more layer than an adult would generally wear in their everyday activities.

According to the American Academy of Pediatrics (AAP), bumpers are no longer necessary now that crib slats are required to be spaced closely together. “There are now mesh bumpers and vertical crib liners available for purchase in stores. However, even these have the potential to become untied and provide a strangulation hazard. Additionally, infants run the risk of becoming entrapped between them and the cot mattress “The academy issued a warning.

Less than a 10% incline allowed

The new regulations from the CPSC will make it illegal for any device that is advertised for infant sleep to have an incline that is greater than 10%. According to the American Academy of Pediatrics (AAP), they include inclined sleepers and sleep positioners, which are also known as baby nests, docks, pods, lounges, rockers, and nappers. Babies frequently nod off while utilizing a number of the products, despite the fact that those products are not marketed as sleep aids.

According to the American Pediatrics Association (APP), many of these devices currently available on the market have an incline of up to 30 percent, which can be hazardous because newborns’ heads tend to drift forward while they are sleeping. This position, with their chin to their chest, might cause their airway to become restricted, which can lead to asphyxia. The American Academy of Pediatrics issued a warning that infants can roll out of the devices and become stuck under them.

The Safe Sleep for Babies Act, which was passed and signed into law the previous year, makes it illegal to produce and sell inclined sleepers as well as crib bumpers.

You May Like it :  Maine has one of the country's maximum quotations of COVID-19 cases per capita

According to the American Academy of Pediatrics (AAP), not just car seats but also strollers, swings, infant carriers, and infant slings can block a baby’s airways. When the infant eventually does fall asleep in one of these positions, which is unavoidable, the parents should place the kid in a position where they are lying on their back on a level, hard surface.

The American Academy of Pediatrics (AAP) has issued new recommendations in which it cautions against the use of commercial gadgets that promise to minimize the incidence of sudden infant death syndrome (SIDS) or other sleep-related concerns. This includes wearable monitors.

According to Jacobson, reducing the incidence of sudden infant death syndrome (SIDS) by using home cardiorespiratory monitors, which are devices that monitor a baby’s heart rate and oxygen levels, is not an effective method because there is no proof that these monitors are effective.

Qatar Wealth Fund Has No Interest in Crypto, Exploring Blockchain